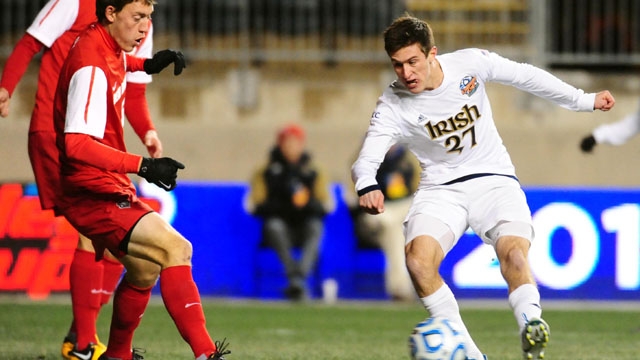 With the good comes the bad, that’s been the story of the offseason for Syracuse. The Orange enjoyed a historic season in 2014. That amount of success drew a considerable amount of attention to the New York program. The spotlight shined brightest on the underclassmen for Syracuse and Alex Bono and Emil Ekblom elected to bypass their remaining eligibility for professional opportunities. The two All-ACC First Team members leave massive holes in their wake. The Syracuse coaching staff did well to fill some of those holes with a strong recruiting class, but it’s still going to be a challenge for the Orange to reach the same highs in 2015.

Could this be Clemson’s year? The Tigers have quietly been knocking on the door for the past couple of seasons and look like an obvious candidate to make the breakthrough in the conference and national level. Paul Clowes, Kyle Fisher, and Andrew Tarbell headline an experienced team that looks set on a College Cup run. Also, keep an eye on Diego Campos. The sophomore forward only scored three goals last year, but he is regarded as one of the best attackers in the ACC by fellow coaches.

Bobby Muuss takes over Wake Forest this season with a cupboard full of quality ingredients. Jacori Hayes, Michael Gamble, and Ian Harkes make up the core of the group that should contend in the ACC in 2015. Hayes has been magnificent during the preseason and should be in consideration as one of the best midfielders in the country. If Wake Forest can keep Gamble healthy, there is no reason to doubt the Demon Deacons as one of the favorites in the ACC.

The Cardinals return stars Ben Strong, Tim Kubel, and Andrew Brody for 2015, but there has been quite a bit of turnover outside of that. Assistant coach Mario Sanchez is now in charge of SIUE, which is a considerable blow to the Louisville program. Transfers Ethan Vanacore-Decker and Theo Jamilloux could be in the mix to help improve the team immediately.

The conference play was a bit of a disappointment for the Wolfpack in 2014. With only one win from the eight games, there is plenty of room for improvement in 2015. The roster is relatively young with only five seniors and 10 freshmen. Seniors Holden Fender and Reed Norton are quality prospects and ones to watch on the squad for the upcoming draft.

Boston College searched the whole globe to find players for the 2015 squad. With recruits from Spain, South Korea, Sweden, Mexico, Germany and Venezuela in the freshman class, there will a distinctive international flavor to the squad. Among the returning players, Zeiko Lewis and Isaac Normesinu will need to be spectacular for the Golden Eagles to contend in the conference.

Despite losses, Notre Dame continues to stay at the top of the conference race every season. The Fighting Irish hang onto top talent, which certainly helps. Patrick Hodan is back for his senior campaign, which is an easy target for MLS teams to watch in 2015. Hodan is a dynamic winger with the qualities that will translate well to the professionally level. Sophomore forwards Jon Gallagher and Jeffrey Farina could both be in for big seasons this fall.

Not that the preseason means much, but 11 goals in three games is exciting for North Carolina fans. The Tar Heels have a huge roster with plenty of quality from top to bottom. Jonathan Campbell had a great summer in the PDL and is one to watch among a talent center back class. Omar Holness is another known commodity who is back in the college game and could be a difference maker for UNC this fall.

Eventually, the strong recruiting classes for Duke will lead to an ACC title. Could it be this year? Duke has eight seniors and graduates on the roster. Zach Mathers headlines that group in terms of players with professional future. The utility piece of the Duke program is arguably the most important player to the success of the team this season.

The defending national champions lost some important players from last season’s squad, but they still return a core of the squad and should be in the mix again in 2015. The Cavaliers also brought in a great recruiting class to fill in some of the holes that were left behind. Jake Rozhansky is one to watch for those bemoaning the lack of quality midfielders in the college game.

Virginia Tech returns the majority of the squad from last season. The experience should help improve on a roster that won twice in conference play in 2014. The Hokies bring back the scorers of 17 of the 19 goals from last fall.

A big recruiting class of 11 freshmen make up the majority of the Pitt roster in 2015. The Panthers are searching to get some footing in one of the toughest conferences in college soccer and the initial seasons have not been kind. Two shutouts in preseason games offer a bit of hope for the fall.