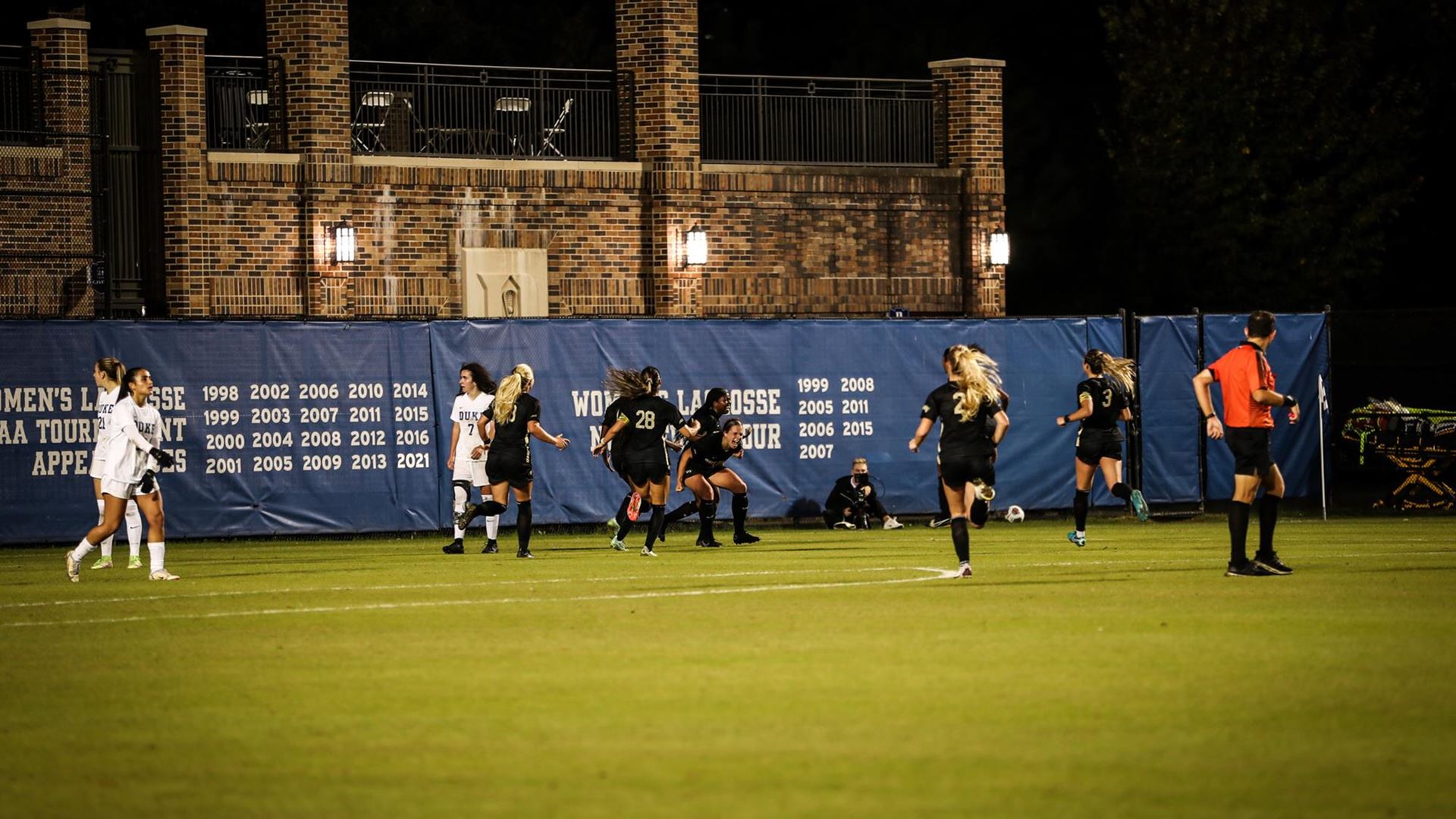 The business ends of conference tournament semifinals begin on Thursday in women’s Division I soccer. Preview five of the fields below.

Regular-season champs Xavier hosts the Big East semifinals, in a relatively wide-open field. Goalkeeper Olivia Jenkins has been one of the stars of the season for the No. 1 seed, and her ability to make big stops will be crucial in Thursday’s semifinal. Zsani Kajan finished her college career in style for the Red Storm, and will look to extend it a couple more games by pulling off the upset on Thursday.

The second semifinal has a chance to be a massive matchup, as Butler looks to solidify at-large hopes with a win against Georgetown. Before a surprising regular season loss at home against Connecticut, the Hoyas were one game away from an undefeated season. Grad student transfer Sydney Cummings has had a massive campaign, winning Big East Defensive Player of the Year. Georgetown beat all three teams in the semifinal field in the regular season, and can easily spin off two more wins here to take the crown.

Plenty is at stake at the Big 12 tournament, with two of the semifinal teams looking like at-large locks (Texas and TCU). The Horned Frogs will have eyes on a Big 12 tournament title and lock up a top two seed. A big, bounce back season from Kirsten Davis helped the Red Raiders to a solid record, but the lack of big, resume-building wins means that they must win the tournament in order to make it to the NCAAs. They’ll need to best a good TCU squad that has carried over spring success into the fall. Messiah Bright, Camryn Lancaster and Grace Collins have led the TCU offense.

On the other side of the bracket, West Virginia might be able to sneak into the tournament with a win in the semifinal and a loss or draw in the championship game. Beating the young talent of Texas is going to be the obvious hurdle, as Trinity Byars and Lexi Missimo were among a handful of freshmen that delivered big for the Longhorns this fall. Julia Grosso can’t be overlooked either. Jordan Brewster and goalkeeper Kayza Massey give the Mountaineers a foundation to build off. Can they pull off a pair of wins here?

After a perfect regular season, Rutgers hosts the final two days of the Big Ten tournament, seeking to pull off the double. Frankie Tagliaferri’s excellence has been a big part of her side’s success this year after she transferred in from Penn State. Iowa is seeking to replicate a dream run achieved in the spring, when a Big Ten tournament title powered them into the NCAA tournament.

The other side of the bracket sees Purdue take on Michigan. While the Boilermakers’ success is somewhat surprising, Sarah Griffith’s stellar campaign was backed up by fellow Big Ten First Team honoree Emily Mathews. Michigan is stacked with experience, whether it’s Raleigh Loughman, Sarah Stratigakis and Alia Martin. Beating Purdue is the first big hurdle here, but both sides will fancy their chances of winning the tournament in New Jersey.

The quartet of teams still alive in Orange Beach are all locks for the NCAA tournament (barring a huge shock, naturally), but the No. 1 seed Arkansas is the story here. Top seed at the tourney for the third year running, Arkansas has advanced to five straight SEC tournament title games, but without a win in that stretch. This year’s team is perhaps best poised to do it, with Parker Goins and Anna Podojil leading a talented, relentless attack. Beating Auburn won’t be easy in Thursday’s game, a squad led by Anna Haddock and goalkeeper Maddie Prohaska.

Ole Miss and Tennessee play for the first time in the 2021 season in the other semifinal, and it should be a good one. The Volunteers have arguably been one of the most overlooked teams in the country, and would be eager to avenge an earlier season loss to the Razorbacks if they line up against each other in the title game. Jaida Thomas has led the offense with 10 goals, though it’s been a real collective effort from the Vols, with 14 players accounting for the team’s 49 goals. Goalkeeper Lindsey Romig’s one of the top

The ACC returns to Cary for the semifinals, as the top two seeds Virginia and Florida State look to advance to Sunday’s championship game. The Cavaliers have to deal with the physicality of Clemson in the first matchup, though the attack of Diana Ordonez, Alexa Spaanstra, Lia Godfrey and Haley Hopkins is tough for any opposing team to deal with. It could be a bit unpredictable as the two sides didn’t meet in the regular season. Megan Bornkamp’s scored 10 goals and has 10 assists, a big factor in generating scoring chances for the Tigers. Makenna Morris and Maliah Morris have chipped in timely contributions as well.

Somewhat surprisingly, Wake Forest is the lone team from North Carolina that advanced to the semifinals. The Demon Deacons didn’t play UNC or Florida State during the regular season, and will need a big performance to slow the Seminoles. It’s a young but talented squad, though the likes of Shayla Smart, Sofia Rossi and Jenna Menta have been crucial with their experience and quality. After looking imperious for much of the season, FSU faltered down the stretch, going winless with two draws and a loss in the final three regular season games. Jaelin Howell anchoring the midfield will be tough for Wake to contend with, and she’ll look to set the table for Beata Olsson, Jenna Nighswonger, Clara Robbins and Jody Brown.