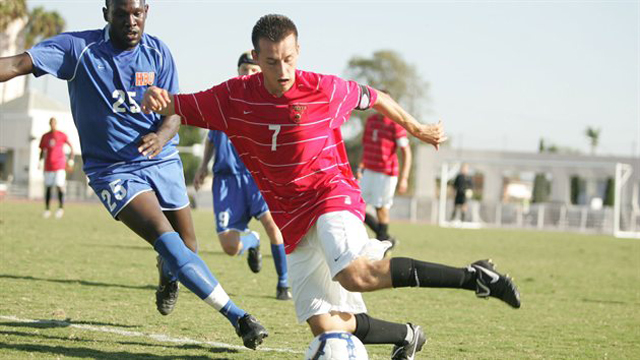 For several college seniors, it’s all about chasing the dream in 2013.

Having recently wrapped up their college soccer playing careers, now is the time players head in search of professional opportunities, hoping to keep playing soccer for a living.

The starting point is domestically for most, with the MLS Combine and Draft on the immediate horizon. 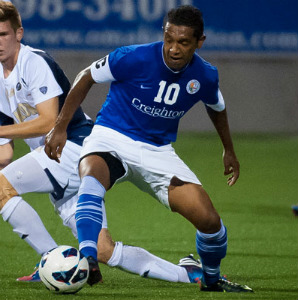 Belshaw, a four-year starter for Duke, recently returned to his native England for trials with Notts County, Everton and Coventry City, while Gomez and Altamirano, both of Mexican-American heritage, are currently training with Club Tijuana Xoloitzcuinties de Caliente of Liga MX.

For the trio, it’s about having something in place in case the path to MLS is blocked or simply doesn’t work out.

“I really don’t have a preference where I play, if it’s MLS, I’ll play in MLS, if it’s Mexico I’ll play in Mexico,” Gomez told TopDrawerSoccer.com. “I just want to play professional and get to that level of playing professionally, and then from there on see where my career takes me.”

Each player brings with him a unique path to this point. Belshaw’s English passport creates both opportunities for him back home and obstacles in MLS, as he’ll account for an international slot if he lands in the American top flight. That’s a hurdle that can be difficult for college players to overcome when entering the league via the draft.

It does mean he can sign with a club in the UK fairly easily, however, as he won't have any work permit issues that make it difficult for Americans to play in Europe.

Meanwhile, while Altamirano and Gomez are both U.S. citizens, their playing styles might not matchup well within MLS. Both are attacking midfielders who are good on the ball, crafty players with good vision that take pride in possession and passing over endless running and physicality that sometimes catches the eyes of MLS staff on the lookout for cheaper talent.

That sentiment gives Gomez, who is one of three Hermann Trophy Finalists, plenty of motivation, as he wants to show MLS scouts and coaches he can make things happen.

“Hopefully I have a good showing at the combine which will help me a lot and help show the coaches that I can play in MLS even though they might think I’m too small, not fast or physical enough,” he said. “Soccer’s about being smart and if you’re smarter than the other guy it doesn’t matter how big or strong you are.”

Altamirano won’t get the chance to showcase his talents at the MLS Combine in Ft. Lauderdale this week, as he was snubbed from the invite list. Instead of letting that bog him down, he swung that into a positive message as he chases his dream.

“I use it as motivation because it shows that there are people out there who don’t believe in me,” he said. “It makes me want to work harder so I can make it.”

Both Belshaw and Gomez will be at the combine – although Gomez will miss the first day of games because of the Hermann Trophy ceremony – and would jump at an opportunity to play in MLS, along with Altamirano.

Regardless if that happens, all three, who are working with the agency First Wave Sports, will leave no stone unturned as they continue to search and put in the work with one goal in mind: to end up as a pro soccer player at some point in 2013.