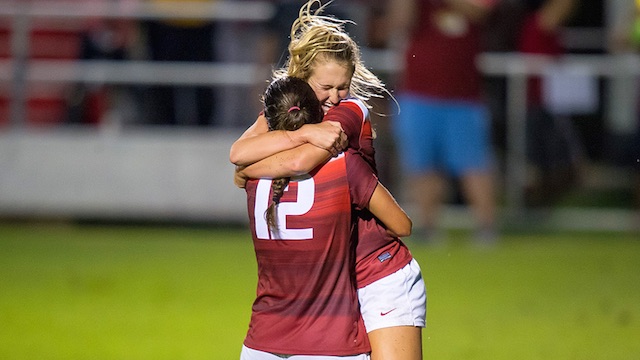 Women’s college soccer has never been a stronger institution in terms of attracting the game's best and brightest young players. Whatever storms ravaged the men’s game in recent years, pulling their best players into the pro ranks in increasing numbers, the women’s game is welcoming more top freshmen than ever.

Take Mallory Pugh, the UCLA commit with a legitimate pro deal on the table before she was even done with high school. She deferred her first year of college to 2017 to focus on USWNT and U20 World Cup duties, but she turned down pro soccer for a crack at the college game.

She might not spend all four years in Westwood, but the fact she chose it over the pro game speaks volumes about the stability it provides. The women’s college game isn’t going anywhere.

With that in mind, the recently released Freshman Top 100 on the women’s side is a who’s-who of top women’s national team talent. There’s almost certainly a few future nats on this list, and not just for the U.S. Let’s break down the list and pull out reasons as to why this might just be the best time ever for the women’s college game.