Glitzy MLS SuperDraft unpredictable as ever 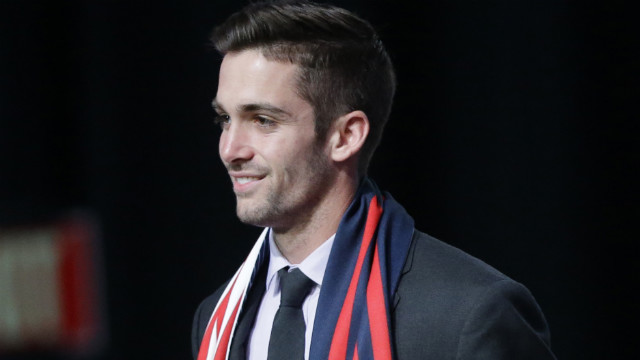 PHILADELPHIA, Pa. — The Barra Brava poured in first, but the Sons of Ben weren’t far behind, occupying every cranny of space toward the back of the convention hall. For more than an hour leading up to Thursday’s MLS SuperDraft, the D.C. United and Philadelphia Union supporters groups lobbed barbed chants at one another. The atmosphere was hard to miss. 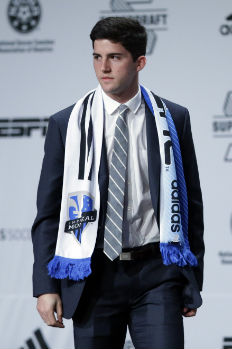 The draft hadn’t even started yet, and already the players invited to the draft gathered to one side of the hall were yanked into the pro experience. Not a bad introduction to the league.

“It’s great. It’s a little surreal actually,” said former Georgetown midfielder Steve Neumann, who went fourth overall to the New England Revolution. “I expected it to be pretty hopping because I know how Philadelphia sports fans are growing up here. This is kind of another level than even I expected. It’s great for the sport, it’s great for MLS, and it’s just a special day for me.”

The 19th MLS SuperDraft lacked none of the glitz and rowdiness of previous versions. MLS execs and coaches huddled around tables in the middle of the cavernous room to pour over draft reports and sling deals. Fans and media hung on every anxious walk from table to table and every tense conversation as front office heads attempted to make sense of the madness.

Each of the opening six picks involved teams that didn’t originally own that spot on the draft board, so this particular draft was as hectic as any in the league’s history. The draft typically goes its own, unexpected direction after reams of predictions, but even this was beyond the norm.

The Union and D.C. United swapped places at No. 1 and No. 2 overall to allow Philly to snap up prized keeper Andre Blake, while the opening 10 picks followed a similarly helter-skelter pattern. The Sounders gambled on late Generation adidas addition and former Hartford defender Damion Lowe, while FC Dallas opted to roll the dice on Division II star forward Tesho Akindele from the Colorado School of Mines. Nobody came close to predicting either, but the Akindele pick was no doubt fueled by a hot performance at the combine that wowed scouts.

So in that sense, waves of surprised murmurs were commonplace here as pick after pick bucked the myriad predictions made in the weeks and months leading up to the moment. Sleeper pick Andre Lewis to the Whitecaps at No. 7? Just fed into the day’s overall trend.

But the constant was the buzzing atmosphere fed by a DJ spinning tunes throughout the afternoon, an ESPN TV set propped up in the back and the constant parade of college stars walking the dais.

Oh, and the fans too.

“This is probably the most fun atmosphere I’ve ever been in,” said Cal center back Christian Dean, who followed teammate Steve Birnbaum at No. 3 overall to the Whitecaps. “It’s insane to me. Coming from college, there are fans at the games, but the only other place I’ve been where the fans are yelling the entire game is Maryland. This was far beyond that. It was amazing experience.”

The Union fans spent much of the afternoon antagonizing their Eastern Conference fan counterparts, which only added to an afternoon fraught with excitement from pretty much every angle. As if to hammer home the point, a vocal section of Red Bulls fans towed in the Supporters Shield to brandish amidst the rest of the afternoon’s happenings.

It only reinforced that a new season is just around the corner.

“It’s great. Philly is an awesome place to be,” said Birnbaum, who will look to elbow into D.C.'s starting back four. “It’s a great soccer town. It’s cool. They did a great job setting this whole thing up, so I couldn’t have expected anything more. This is beyond expectations.”