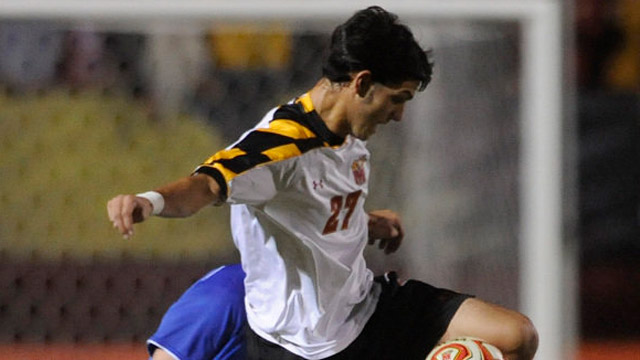 Maryland remains #1 in our men's college soccer Tournament 48 National Ranking this week, following wins over Rutgers and Duke this week. The Terrapins are now 11-0-1.

The ranking is an effort to project the postseason men's college soccer NCAA Tournament field of 48 each week, including the automatic qualifiers from every DI conference. The ranking update is posted after reviewing all results from the previous week. 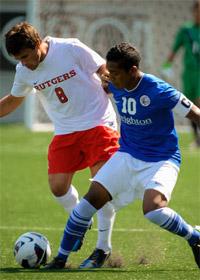 North Carolina and Akron remain at #2 and #3 respectively, while Northwestern moves to #6 after another good week. New entries to the ranking this week include Villanova, Northeastern, SIUE and Fairleigh-Dickinson.

Meanwhile, Creighton’s Jose Gomez is our Men’s College Soccer Player of the Week after scoring a goal and adding four assists in leading the Blue Jays to a pair of wins over the weekend. The midfield standout is one of the top string-pullers in the college game. Recipients of the honor, along with the entire Team of the Week, are chosen after examining Division I match summaries each week.

GK: David Meves, Akron – Made 8 saves in helping the Zips to a pair of shutout wins.

D: Michael Gallagher, Washington – Played 198 standout minutes in the back and added a goal as the Huskies won a pair of matches.

F: Ashton Bennett, Coastal Carolina – Scored 4 goals to help the Chanticleers to a pair of wins.