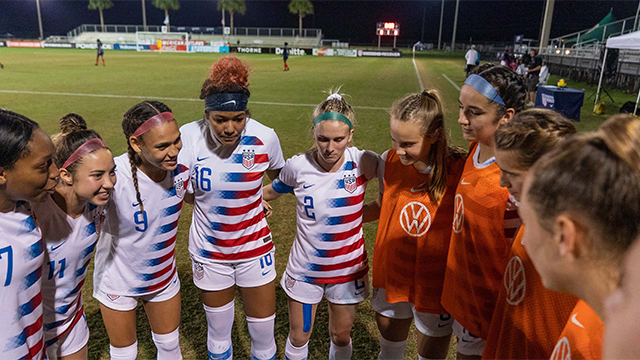 After this camp, Harvey will select the 20-player roster for the 2020 Concacaf Women's U-20 Championship to be held from Feb. 15-March 1 in the Dominican Republic. The 2020 FIFA U-20 Women's World Cup will be held in Panama and Costa Rica this August.

The roster features 18 college players – including Maya Doms and Kennedy Wesley from the 2019 NCAA Champion Stanford Cardinal – and six players who are playing youth club. Midfielder Talia DellaPeruta is currently playing in Germany with FC Köln.

Several top players in the U-20 WNT pool are out with injuries and forward Sophia Smith, who was born in 2000, is currently training with the full U.S. Women’s National Team during its January camp. Harvey may add an additional goalkeeper before the start of camp.