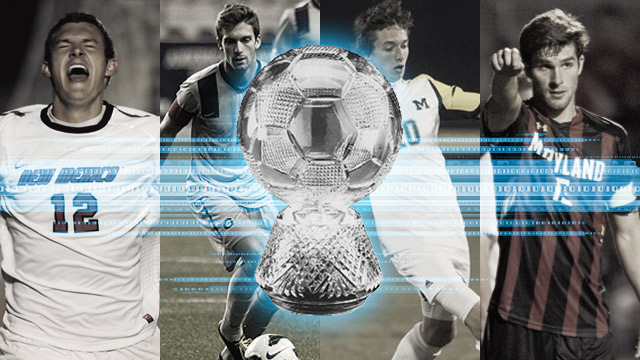 A repeat winner for the MAC Hermann Trophy? That is nearly unheard of in the recent history of men’s college soccer. Mike Fisher was the last one to do it when he accomplished the feat in 1995 and 1996.

This fall offers a golden chance for a player to join Fish, Al Trost, and Mike Seerey as the only players to win the award two years in a row. Last season’s MAC Hermann Trophy winner Patrick Mullins decided to return to College Park for one more season in the collegiate game.

With a talented squad beside him, Mullins looks like the odds on favorite to lift the trophy again, but there are a number of other players eager to challenge for the title of best player in college soccer.

Here is a run down of the ten favorites for the Hermann Trophy in 2013.