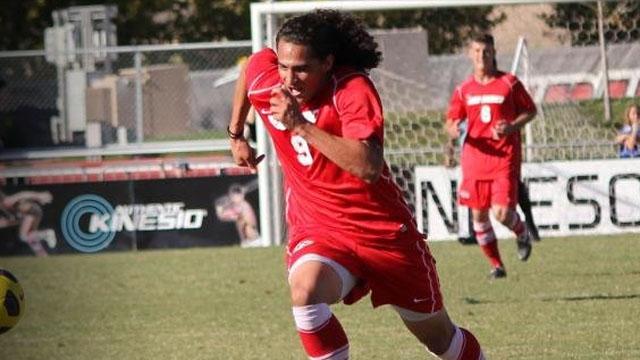 Late goals and plenty of drama highlighted the action from the first weekend of men’s college soccer. The Pac-12 network debuted with a Washington win over Gonzaga before showing the battle between UCLA and New Mexico on Friday.

Lobos senior forward Devon Sandoval led the way with two goals and an assist, fellow senior Blake Smith netted the other goal. Patrick Poblete got the win in net with five saves. Poblete is filling in for senior Victor Rodriguez, who is serving a two-game ban due to an incident following the Lobos NCAA tournament defeat to South Florida.

“We had to make it a little bit of a war,” New Mexico head coach Jeremy Fishbein told TopDrawerSoccer.com after the game. “When you are on the road, you have to play to your strengths. We can play, but we are also pretty damn tough. 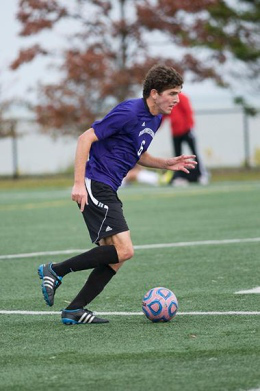 The win snapped a six-game winning streak for the Bruins against New Mexico.

Bruins head coach Jorge Salcedo was flustered with the referee after the game. UCLA had a shout at a penalty kick late with a handball in the box, but no whistle was given despite the pleas from the bench.

“To me, it was a very clear cut penalty kick,” Salcedo told TopDrawerSoccer.com. “I am sure everyone saw that it was a clear handball.”

The coach added the referee told him that the defender’s hand was by his side.

There were positives for the Bruins to take away from this game including the experience gained from playing a team of New Mexico’s caliber.

“They are much more experienced side, but we will get there,” Salcedo added. “It is something that we will grow from. If hadn’t played this match, I am not sure we would be ready [to play at Maryland on Friday]. But after this game, I know we are ready.”

Seniors Ryan Hollingshead and Evan Raynr scored two very nice goals for the Bruins, which held the lead with a first half strike before the offensive explosion in the latter stanza.

Freshman midfielder Grady Howe (Los Angeles Galaxy) started and played every minute in the defensive midfield position. He was solid against a very physical opponent.

Senior midfielder Nic Ryan scored in the final moments of the game off an assist from freshman Ema Boateng to give the Gauchos a 2-1 road win over Loyola Marymount on Saturday to kick off the season.

While the late heroics did have some nervous, it was the injury to center back Daniel Welsh, who was exceptional in his Gaucho debut, that was the bigger scare. A late sliding challenge by an LMU forward to Welsh’s ankle saw the UMBC transfer exit the game with a limp in the second half.

He returned to the action later in the second half, much to the delight of the traveling fans.

Fellow transfer Achille Campion also scored for UCSB in the win. The French forward fit the bill as the target forward UCSB has lacked since Rob Friend’s days.

Sophomore defender Craig Nitti scored in the 88th for the Lions on a beautiful free kick from 20 yards out into the upper corner of the net.

UC Irvine goalkeeper Michael Breslin only had to make three saves in his collegiate debut, but was roughed up a bit on a cross, and recorded his first shutout in a 2-0 win over San Diego on Friday.

The pressure will be on the goalie to keep the non-conference winning streak alive for the Anteaters, who enter Friday’s contest against LIU-Brooklyn(m) with an 11-game home unbeaten run on the line.

A strong defensive performance from UC Davis (1-0-1) was enough to keep the Roadrunners out of the win column to start the 2012 season. The Aggies battled the ‘Runners to a 0-0 draw on Monday in the first game of the season for CSU Bakersfield (0-0-1).

Highly regarded Galaxy Academy product Gyasi Zardes had moments of brilliance, but could not break through the last line of the Davis defense. He had a few shots that sailed well over the bar late in the contest.

In Texas, #22 SMU (0-0-1) played to a surprising 1-1 draw against Campbell on Friday. Freshman Eddie Puskarich scored for the Mustangs in the second half before Ricki Gaez equalized for the visitors.

The Matadors are charging

Cal State Northridge(m) trounced Portland 4-0 to kick off the season on Friday, and then topped American on Sunday 2-1.

Sophomore forward Edwin Rivas led the way with two goals and one assist in the two games. Matadors have a big challenge upcoming though with a trip to Georgetown.

Goalkeeper Jeff Gal, who is replaced Brian Holt, recorded his first win and transfer Sean Kim scored twice to spur a come-from-behind victory for the Bluejays in their season opener.

Creighton’s new look will be tested this week with a clashing against Akron on the schedule for Friday at Morrison Stadium.

Stanford freshman Aaron Kovar is off to a dream start in his college career. The Seattle Sounders product scored two goals and dished out one assist in two preseason contests.

On Friday, when the games finally started to matter, Kovar was once again the man in charge with the game-winning strike against San Francisco in a 1-0 victory.

Northwestern junior Chris Ritter scored with nine seconds left in regulation to help the Wildcats snatch a point in a 1-1 draw against Xavier on Saturday.

Wildcats head coach Tim Lenahan trotted out a young line up for the contest with freshmen Joey Calistri and Cole Missimo both getting the start.

In Madison, Wisconsin scored four goals in the final 15 minutes to overcome a two-goal deficit and beat the visiting Memphis Tigers 4-3 in the season opener.

“I couldn’t be prouder of my players,” Wisconsin head coach John Trask said. “Memphis is a great team, the coaches are first-class and the atmosphere at the game was perfect for college soccer.”