The Tar Heels suffered their first loss in 2012 this week, dropping a 1-0 result on the road against James Madison. While holding its #1 ranking might not be possible, North Carolina is back at home this weekend, taking on a Wake Forest side which lost earlier in the week as well, a 3-2 result on the road to Louisville.

Can #2 ranked Maryland take advantage of North Carolina’s slip up? After taking care of business on Tuesday night against UMBC at home, the Terrapins take their loaded attack on the road, where they’ll face NC State. The Wolfpack has yet to lose, holding a record of 6-0-0 heading into the game. 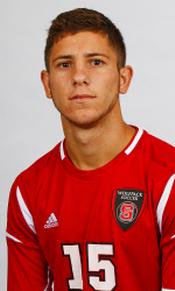 The offense of #3 Connecticut – while boasting attacking players like Allando Matheson, Carloz Alvarez and Mamadou Doudou Diop – has yet to get going despite the undefeated Huskies record. This weekend, it’s another regional battle for UConn as they travel to Boston to take on Ivy League side Harvard.

With two tricky opponents coming to Omaha this weekend, #4 Creighton gets the chance to matchup against CAA sides Old Dominion and William & Mary. That pair, who Creighton will face on Friday and Sunday respectively, is certain to test Elmar Bolowich’s side even at home.

Speaking of weekend tournaments, #5 Akron is looking to erase the disappointment of its first loss of the season against Notre Dame, hosts the University of Akron Tournament. However, two very difficult opponents are coming to town for that, as #8 South Florida matches up against the Zips on Friday and then #10 St. John's on Sunday.

The Zips were upended last weekend, and a top-ten clash with the Red Storm await on national television Friday night. Loaded with impressive talent – Scott Caldwell, Chad Barson and Dillon Serna, to name just a few, the Zips will aim to end St. John's six-game unbeaten streak. Midfielder Jack Bennett has been one of the key cogs, playing every minute of the season so far, along with goalkeeper Rafael Diaz.

It’s been a great start to the season for FIU(m) under new head coach Kenny Arena. And while the scalps claimed so far haven’t been world-beaters – Big Ten side Wisconsin perhaps the most prominent win of its 5-0-0 record – Arena leads his side against Furman and UMKC this weekend, looking to extend FIU(m)’s winning streak to seven.

1. Unbeaten mid-majors are still looking to remain strong. One of those, based on the east coast, is George Mason, who have won its first five games of the year. This weekend’s matchup, against UMBC, isn’t the most difficult opposition, but will test the Patriots nonetheless.

2. Many considered that Old Dominion would be a force to be reckoned and so far, even with speedy striker Yannick Smith battling injury problems, the Monarchs are undefeated and head on the road with a point to prove out in Omaha. Old Dominion will compete at the Creighton Tournament, taking on Creighton and Drake, with a chance to prove a point this weekend.

3. People look to write off the Big Ten at their own peril, but Northwestern has held serve as one of the better sides in the conference. The Wildcats remain in the ranks of the unbeaten, and will look to keep things that way at the Lakeside Classic this weekend. Iona(m) and Milwaukee(m) are on the docket for Northwestern.