The Duke-Maryland rivalry transcends just about every ACC sport, and it’s going to have extra luster for the home side, as #1 Maryland makes the trip south to take on the struggling Blue Devils. Currently with a 4-5-1 record, Duke doesn’t give up many goals, with just nine conceded on the year, but has only scored 11 so far. Sebastian Ibeagha, a central defender, leads the team in goals scored with five. Meanwhile, the Terps possess one of the strongest attacks in the nation, averaging three goals a game, led by Patrick Mullins (7 goals, 6 assists) on the year, and have three other players with at least four goals. 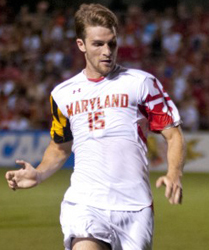 The coming weekend offers a non-conference matchup for the #2 North Carolina Tar Heels, as a trip south awaits and a meeting with the College of Charleston. It’s a bit of a trap game for Carolina, as they’ll be without Mikey Lopez and OC Okwuonu, who are both on U.S. U20 MNT duty over the next week and a half or so.

If it’s at all possible for #3 Akron to be flying under the radar this year, teams overlook them at their own risk. Like usual, the Zips are in dominating form during conference play, winning the first three games of the season by a combined score of 11-0. It remains to be seen how much of a title threat they can be, but there’s a ton of experience in Akron right now as they prepare for another MAC matchup against Northern Illinois.

No men’s program in the country is hotter right now than #4 Marquette, and after answering their biggest test of the season last weekend against Connecticut, and another big game is ahead with a trip to #12 Georgetown on the horizon. A lot is at stake, especially for the Hoyas, who lost their last two Big East games against Notre Dame and the Huskies, meaning they’ll need a win to have hopes of a top-two division finish.

Twelve straight wins for the Golden Eagles against a rising program that recently hit a bump in the road in Georgetown. So what’s going to give? The Hoyas have the pieces to threaten Marquette, as freshman forward Brandon Allen is a handful to stop, and Steve Neumann is one of the craftier players in the nation. Soft goals have plagued the Hoyas in those two losses against Notre Dame and Connecticut and it’s going to be the avenue Marquette will try to go, using the aerial prowess of defender Axel Sjoberg, Andy Huftalin’s late heroics, and midfielder Bryan Ciesiulka pulling the strings.

The stakes are higher for the Hoyas here – they need to win in order to have a shot at finishing near the top of the Big East Blue Division standings.

It’s been a season of surprise for #39 Syracuse, and there is a chance of the Orangemen making a splash in the Big East this coming weekend on a trip to sunny Florida, where they’ll take on #17 South Florida. A win would be huge to help Syracuse snap up a spot in the Big East tournament.

The #18 Old Dominion Monarchs were supposed to dominate the CAA this fall, but thanks to injuries and a couple of tight results, see themselves currently in seventh place after back-to-back 0-0 draws against conference opposition. That makes this weekend’s game on the road against UNC Wilmington all the more important as the Monarchs look to close the gap in the CAA.

Matching Marquette’s current winning streak is #30 Cornell, with eleven straight victories at the moment. And the Big Red, led by leading scorer Daniel Haber, have another huge game on tap this coming weekend, playing Yale, looking to keep the winning streak alive.

Life on the road can be a troubling for any college program, but the Friday-Sunday grind of the Atlantic 10 is particularly challenging. It’s what lies in store this weekend for #29 VCU, who made a strong first impression in the conference with a pair of wins against Charlotte and George Washington. The task this weekend is to win away from home against two programs in the Midwest – Butler and Saint Louis.