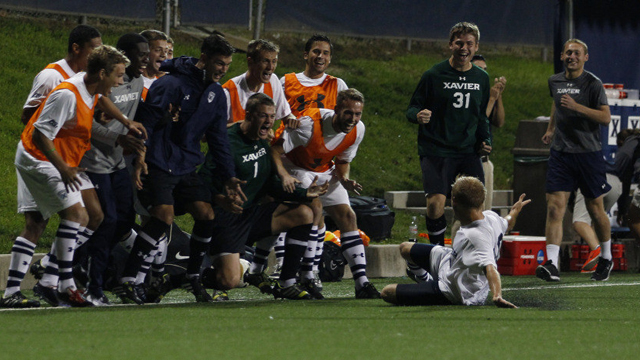 California had to erase second half deficits in both games last week, but it made no matter as the Golden Bears improved to 9-0-2 on the season with wins over San Diego State and UCLA. Without any doubt, Cal kept the No. 1 spot in the rankings heading into week eight.

Notre Dame also kept its spot in the rankings after a 1-0-1 week. The Irish played to a 1-1 draw against Maryland in the midweek fixture. Then, Notre Dame relied on a late tally from stud Harrison Shipp to top Virginia Tech in its second game of the week.

Washington has the week off from conference play, which made it a one-game week for the Huskies. The Pac-12 squad rolled past local rival Seattle 2-0 during the midweek game.  The Huskies face three Pac-12 games this week with the opener on Monday against Oregon State.

Maryland bumped up to No. 4 with the draw against Notre Dame and then a wild 3-3 draw against Virginia. The Terps have been questionable defensively this season, but the offense has hardly been a question with a dynamic attack that has not been shut out this season.

Louisville moved into the final spot in the top five with a comfortable 3-1 win over Rutgers on Saturday. The Cardinals are undefeated in their last seven games with six wins. Games against Indiana and No. 24 Connecticut highlight a difficult week for Louisville.

One of the bigger moves of the week came with Georgetown dropping down to No. 9 following a shocking 2-1 loss to Xavier. The Hoyas, without the services of star freshman Joshua Yaro, let in two goals after taking the lead via Brandon Allen. With a road game against Marquette looming, the Hoyas have plenty of time to regain footing on the top teams in the rankings.

Check out the full top 25 for week eight: here.