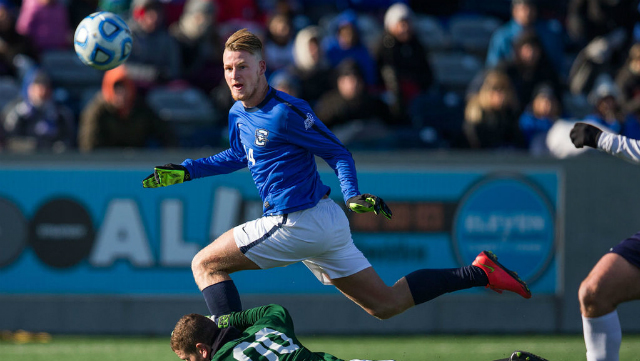 The fight to succeed former UCLA talisman Leo Stolz as this year’s men’s Player of the Year recipient just ran through its first full month of action. That gives us an indication of who’s separating from the pack and which frontrunners are falling into the rearguard.

The top candidate? A German in Nebraska. Here are five of the most intriguing players to watch so far.

For whatever preseason hype any other player in the nation received, one barely arguable fact (at least in this column today) is that Herbers is the frontrunner for the Hermann Trophy through September. We can argue what the trophy actually represents (best player on best team? Most valuable regardless of team performance?), but Herbers has not only performed above and beyond this year, but he’s also been the most crucial player on the nation’s No. 1 team. There are nine individual offensive statistical categories kept in the Big East, and Herbers either leads or is tied for the lead in all nine. Incredible. Nobody in college soccer has been better than the German forward this season.