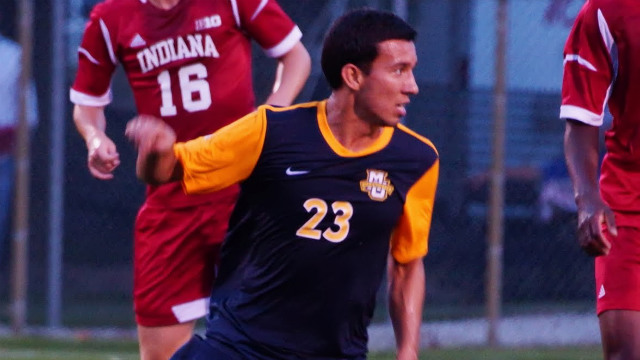 Freshmen players always have a chance to make an impact in their first season in college soccer, but it can be a bit of a crapshoot when projecting first-year success.

Some players are easier to figure out then others – it’s easy to assume that players like Akron’s Adam Najem, Maryland’s Suliaman Dainkeh and Stanford’s Jordan Morris are going to burst on to the scene. 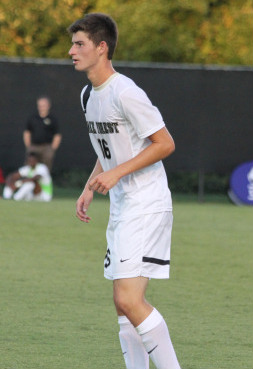 And while the list is surely a long one, here are ten freshmen to watch out for who for one reason or another, are flying somewhat under the radar.

MF/F Chris Nanco, Syracuse: A Canadian youth international who can create space and make things happen on either flank or even up front, Nanco will certainly aid the Orange in a big way as they make the move to the ACC this season.

MF Ian Harkes, Wake Forest: It’s a bit of stretch to imagine the D.C. United Academy product and son of U.S. Soccer legend John Harkes as unheralded, though the younger Harkes is something of a late bloomer who should do well in Winston-Salem. An attacking midfielder who can pick a pass with the best of them, don’t be surprised to see his name pop up when it comes to discussing ACC Freshman of the Year later this fall.

D Joshua Yaro, Georgetown: An athletic, do-everything player, Yaro has featured along the back line during preseason and if he can catch on quickly, has the tools to be a star in the making. He’s another non-Development Academy player who comes to the Hoyas via Cate School in Carpinteria, Calif., after moving to the United States with the Right to Dream program.

MF Romilio Hernandez, Louisville: A Maryland native and Baltimore Bays product, Hernandez did land in headlines this summer, representing El Salvador at the U20 World Cup. An excellent midfielder who is comfortable on the ball, expect to see Hernandez have a big season in Kentucky – he’ll combine well with Marlon Hairston in the final third.

MF Riggs Lennon, Virginia: When thinking of an RSL Academy graduate making the jump into the college ranks at Virginia, U18 MNT midfielder Jordan Allen immediately jumps to mind. But the impact this year of his teammate Riggs Lennon should be at nearly the same level, as Lennon already showed scoring ability during the preseason and is going to be a part of a dangerous attack.

F Cristian Roldan, Washington: So can the national player of the year according to Gatorade, really be under the radar? The only reason it’s fair to lump Roldan in this category is that he was noticed outside of the Development Academy, turning heads in high school soccer instead. He should make an instant impact in the final third for the Huskies.

MF Victor Souto, Akron: Defensive midfielders never get a lot of love. But Souto is a name to watch, an international recruit from the Zips who played with the team in the spring and acquitted himself quite well in the middle of the park. Most folks will learn of Najem quickly, though Souto will be the one doing the dirty work for him and opening space.

MF Lindo Mfeka, South Florida: A pacy and athletic midfielder, Mfeka is a burner who can get into good spots in the box. He should see plenty of the field with the Bulls this fall, and make his presence felt in the new America Athletic Conference.

MF Erik Sa, Rutgers: On an absolutely stacked team with New York Red Bulls, Sa was one of many players who could make things happen from a central midfielder role. While he may not have earned the same plaudits as some of his academy teammates, there’s no questioning his ability to jump into the college ranks immediately and contribute in a big way.

F Coco Navarro, Marquette: A quick striker with plenty of pace and nose for goal, Navarro should have no trouble getting on the end of chances at the front of the Marquette attack, with C. Nortey and Bryan Ciesiulka his supply lines. The RSL Academy product stands at just 5-foot-6, but opponents will have to be able to catch him in order to slow him down. Playing time shouldn’t be a problem, as he appeared in both preseason matches, scoring a goal in one of them.