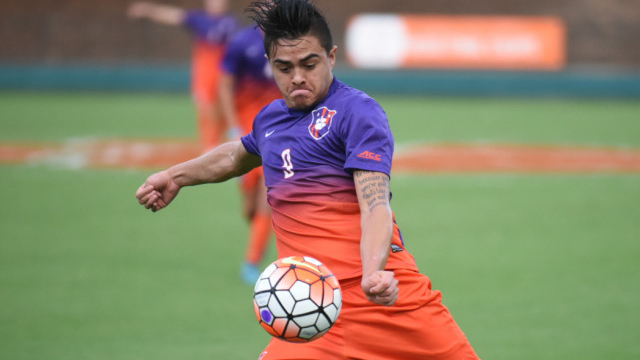 The men’s Division I season rolls into weekend No. 3 with a handful of good games on the schedule but really only one obvious choice as game of the weekend. Check out the games to watch below as well as some of the players who could be in for big weekends too.

The best game of the weekend is an obvious choice. The two teams in the ACC battle on Saturday when Notre Dame hosts Clemson. Both sides are undefeated so far and hoping to keep that streak alive following the start of conference play. Notre Dame’s offense was slow out of the gate but came roaring to life last week with six goals in two games. Sophomore forward Jon Gallagher leads the team in scoring with three goals on the season. From the visitors perspective, this is Clemson’s first road game of the season. The Tigers rattled three wins before being held to a 1-1 draw against Costal Carolina on Monday. Oliver Shannon is leading the charge so far with three goals. Junior goalkeeper Andrew Tarbell has been terrific as well. Tarbell will likely be tested against a good Notre Dame side on Saturday.

Akron is rolling after beating Georgetown and Maryland on the road last week. The Zips are starting a three-game home stretch on Friday with a game against Saint Louis - another nationally ranked opponent. Akron’s home stretch won’t be very easy though with the Billikens, Ohio State, and Wake Forest all in town over the next two weeks. The Zips have a quartet leading the way in the attack this season with Sam Gainford, Richie Laryea, Anthony Macchione, and Adam Najem combining to scored every goal so far. Saint Louis will need to be mindful of the foursome if the Billikens are going to take any points from the game on Friday.

Two of the teams with perfect records meet on Friday when American hosts Hofstra. American is first in Division I in goals scored and goals per game as the Patriot League squad is averaging almost four goals per game. Hofstra has only let in one goal through four games this season so this will be a good test for both sides on Friday.

Heading into the week, Loyola Marymount is one of 12 teams that has yet to concede a goal this season. The Lions have been tremendous in every game, but the big test is on Sunday when the Lobos stroll into town. The Lobos are coming off a big win over UC Santa Barbara and starting to put the pieces together. Christopher Wehan has been hogging the headlines, but it’s been a collective effort from the group to get to this squad to 1-1-1 after a challenging schedule to start the season.

Providence continues to put a strong product out on the field on a consistent basis, which took this team a long way last season and could do the same this year. The Friars host Brown on Friday for their third home game of the season. Mac Steeves scored four goals in the previous two home games so look out for him to have a major role in the game on Friday.

F Gordon Wild, USC Upstate - The freshman forward from Germany has not wasted much time putting his mark on college soccer. Wild has six goals in his first three games and could add to that total on Saturday against Wofford.

GK Rhys Moller, Cornell - Moller made 11 saves on his debut last week, which was an 0-1 loss to Lehigh. Moller, a freshman from Michigan, is splitting time with Mitchell Meyer. With two games this weekend, it’s likely both will see playing time. Can Moller duplicate the effort when he is called upon again?

M Kwame Awuah, Connecticut - The junior midfielder has been the most active player in the attack for the Huskies through the first four games of the season. Prior to Thursday's 2-1 win over Harvard, Connecticut was scoreless over 330 minutes of action. Awuah and the Huskies will get a big test on Sunday against UC Santa Barbara.