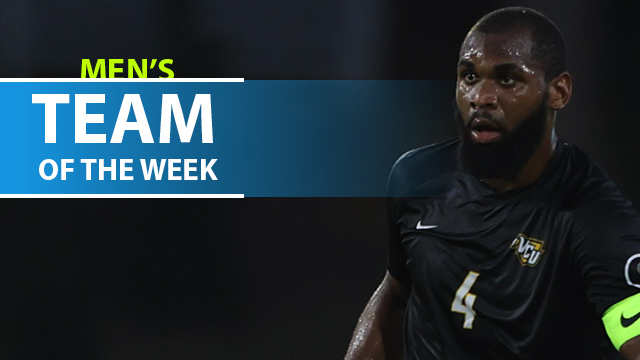 While a team can’t clinch a spot in the NCAA tournament the first weekend of the season, huge results can go a long way when selection time comes around.

And VCU enjoyed one of the best opening weeks of the season for any men’s DI program, going on the road and beating Wake Forest 2-0 on Thursday. They followed that up by nearly coming away with a win against on Sunday, drawing 1-1 in Chapel Hill against North Carolina. That came as VCU was outshot by a remarkable 50-4 margin, holding on for the result nevertheless.

Defender Zeron Sewell was a big part of marshalling both results, one of the best players for VCU in the two matches. The first win was impressive as well, as VCU held on for the shutout despite playing down a man in the victory over Wake. The Jamaican earns the first Player of the Week award for the men’s DI fall 2021 campaign.

Check out some of the other top performances from the opening week of men’s DI soccer.

GK Eoin Gawronski, Temple – A massive save from Gawronski secured a 0-0 draw in overtime against Seton Hall. The sophomore saved a penalty kick in overtime that preserved the result.

D Philip Hildebrandt, Florida International – The Norwegian defender had an assist in a 4-0 win against UCF, and then scored the winning goal to defeat FGCU on Sunday.

D Zeron Sewell, VCU – The center back was the pick of the standouts from VCU, which nabbed the positive results. It’s a great way to start the fall season.

M Lucas Meek, Washington – Meek enjoyed a stellar week in the final third, getting forward to chip in to the attack. He scored a goal and added three assists in wins over Big West sides UC Davis and Cal State Fullerton.

M Dante Polvara, Georgetown – One of the most dominant players in college soccer helped the Hoyas open with two wins at home. He setup a goal against UC Irvine on Thursday, and then converted a penalty kick in a 4-0 win on Sunday over Fordham.

M Tommy Mihalic, Indiana – Two big goals from the freshman ensured the Hoosiers wouldn’t be on the short end of a rivalry matchup against Notre Dame. He scored late on to put the game into overtime, which the Hoosiers won 3-2.

M Veljko Petkovic, Pittsburgh – The brilliant midfielder scored two goals and handed out two assists in a 7-0 win over Duquesne.

M Billy Hency, Loyola-Chicago – Picking up where he left off in the spring, Hency scored the winning goal in both of the Ramblers’ wins, 2-1 defeat of DePaul and winning 4-2 versus Western Michigan. He added a brace in the latter match.

F Simon Becher, Saint Louis – Becher’s header from a set piece secured an overtime win against Louisville, and he also had an assist in SLU’s 4-0 defeat of Creighton.

F Gabriel Costa, SMU – With two goals against Stanford, Costa led a young SMU side to a 3-1 win over Stanford. His first came off a saved penalty kick, heading home a rebound, and his second might just be the best goal of the season.