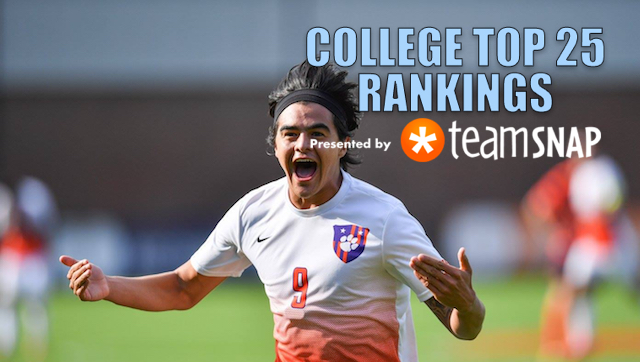 The postseason is underway for many of the teams in men’s Division I soccer. With conference tournaments kicking off last week, the end of the season is already upon a majority of the teams.

For the teams in the top five of last week’s TDS Top 25, there was only one upset as Boston College (8-7-3) kept the season alive with an upset win over North Carolina (11-3-3) in the ACC quarterfinal. The Tar Heels drop to No. 9 in this week’s updated rankings.

Maryland (16-0-2) holds onto the top spot for another week. The Terps defeated Michigan 3-2 on Sunday in the Big Ten tournament. Maryland’s winning streak is now 13 games.

Wake Forest (13-2-3) stays at No. 2 after defeating Notre Dame 1-0 in the ACC quarterfinal. Wake Forest is undefeated in their last seven games and only let in four goals during that stretch.

Clemson (11-2-5) retains position of the No. 3 slot. The Tigers defeated Syracuse in a penalty kick shootout on Sunday in the ACC tournament. Clemson takes on Boston College in the semifinals on Wednesday.

Stanford (10-3-4) moves up to No. 4. The Cardinal claimed the Pac-12 title on Sunday thanks to San Diego State's 1-0 win over Washington. Syracuse rounds out the top five.