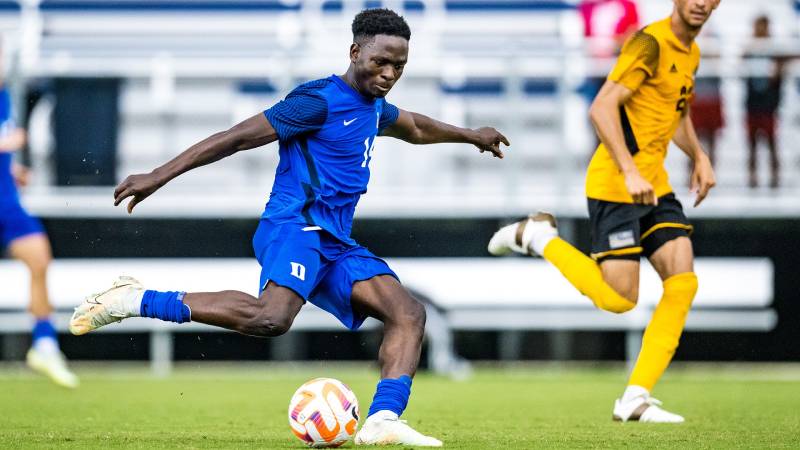 As the men's season continues to heat up, conference ties become more crucial. And that's the case this week, with five major games that could decide who might have a chance to win a league title. Here's a look into each of those big games — and what each team will need to do in order to win them.

Virginia has enjoyed a strong run of late, winning four of its last five games. A couple of those have been significant, too, highlighted by a 1-0 result at Syracuse Saturday night. Leonardo Afonso scored the winner in that contest, with the attacking player really starting to find form. Pitt hasn’t quite been as consistent of late, losing to Lousiville(m) last time out. It only had one shot on target that game, and will need to create more if it is to compete with one of the in-form teams in the ACC.

The Big Ten trio of Maryland, Penn State and Indiana all appear ready to battle it out for the top spot in the conference. This matchup could be an opportunity for a fourth to step into the fold. Ohio State lost narrowly to Maryland in its last contest, but enjoyed the better of the play for some periods — and could have grabbed a goal or two. Rutgers has already picked up two Big Ten wins, and certainly has the quality to snag a third. Jackson Temple has starred in midfield of late and could be the creative spark the Scarlet Knights need this weekend.

The Demon Deacons made a massive statement last week, beating Clemson 6-1 in South Carolina. It was an empathic performance, one worthy of a top-ranked side. Duke heads into the game in a slightly less certain situation. It tied Yale, 1-1, Tuesday night in a scrappy contest. And with a few players picking up knocks over the course of the 90 minutes, could well go into Saturday night shorthanded. Still, Duke is always a threat, especially with the dynamic Peter Stroud in the midfield, pulling the strings.

UNCG spluttered towards the end of non-conference play, winning only one of its last five contests. Still, in that stretch, it posted three ties — all against teams that had been among the nation’s top 25. That leaves the Spartans as something of a tricky team to figure out as they enter conference play. They will immediately be tested by their presumptive challenges for the SoCon crown in Furman. The Paladins enjoyed a strong nonconference slate but ended it on a sour note with a 3-1 loss to Coastal Carolina. Regardless of form, this is a matchup that always seems to deliver — with goal fests and close contests aplenty.

The Huskies have looked good so far, with an uncharacteristic tie against Air Force serving as the only blemish on their schedule. Since then, though, Washington has been dominant, outscoring opponents 12-1. UCLA should offer an interesting challenge. Though they have quality up front, the Bruins have been best characterized by their stout defense. That ethos has served them well in recent weeks, as they’ve held Stanford to a scoreless draw, before beating Cal State Fullerton and California by one goal margins. Washington has won this matchup seven times in a row, but UCLA could be well positioned to play the Huskies close.