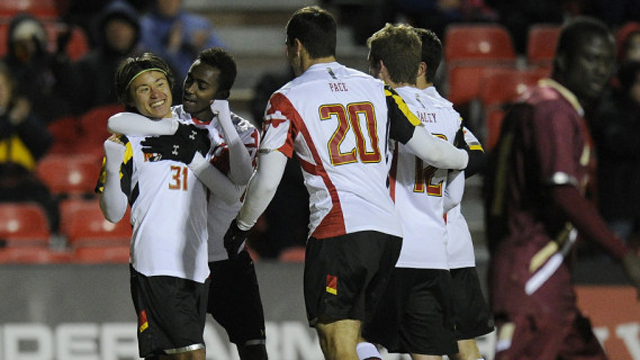 Get the blankets, the gloves, and the beanies because it is going to be cold on the fields this weekend for some of the biggest games of the season. With automatic berths to the NCAA Tournament on the line, conference tournament season is one of the most exciting periods for college soccer fans. 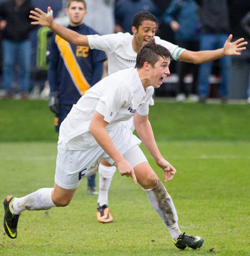 Below is a preview of some of the games to watch this weekend.

Maryland, the local squad, heads into the event as the favorites, but it would not be a surprise to see any team lift the ACC crown on Sunday. Notre Dame has been superb this season – from the first game to the most recent one. Bobby Clark’s team’s consistency has been its main strength and will test the youthfulness of Virginia, which upset Wake Forest to earn a place in the semifinal.

In the other affair, Clemson faces the Terps. Maryland cruised past the Tigers 3-1 earlier this season. The South Carolina program will need to be much sharper defensively in this rematch to keep Patrick Mullins and his cohorts off the score sheet. The Tigers showed great resilience in the quarterfinal round to bounce back from an early deficit to North Carolina and nabbed two goals in the final 15 minutes to capture a 2-1 win.

Remember to check back with TopDrawerSoccer.com throughout the weekend for coverage from the ACC Tournament.

Providence and Butler picked up wins on Tuesday to earn a spot in the semifinal against the top two seeds. The Friars and the Hoyas battled in early October with Georgetown coming away with a 1-0 win. Providence has played well recently and should make this a close encounter once again – perhaps enough to spring the surprise.

Butler and Marquette could barely separate from each other in the earlier meeting this season with the Golden Eagles nabbing the game-winner in double overtime via star forward C. Nortey. After a shocking loss to DePaul last week, Marquette needs to get back on track on Friday with a strong performance against Butler.

The Pac-12 does not have a conference tournament so it all comes down to the final conference games to determine who wins the Pac-12 crown. Stanford did a big favor for Washington when it knocked off California on Wednesday night in overtime. The Huskies are now in prime position to win their first Pac-12 crown since 2000.

Washington won the first meeting between the teams 1-0 behind a goal from freshman sensation Cristian Roldan. With so much on the line on Sunday, expect the rematch to be equally as close.

Like the Pac-12, the West Coast Conference lacks a tournament but it hardly lacks the drama. As has been the case in most recent seasons, the WCC title comes down to the final weekend of the season. Both LMU and Santa Clara have had good seasons, but both are likely going to be outside of the picture for an at-large berth to the NCAA Tournament so earning the automatic spot is a huge deal for both programs. LMU won the first meeting this season 4-0, but the Broncos have won four in a row and look to be in fine form heading into this clash. LMU enters the game with a four-point lead at the top of the conference standings, but Santa Clara has a game in hand.