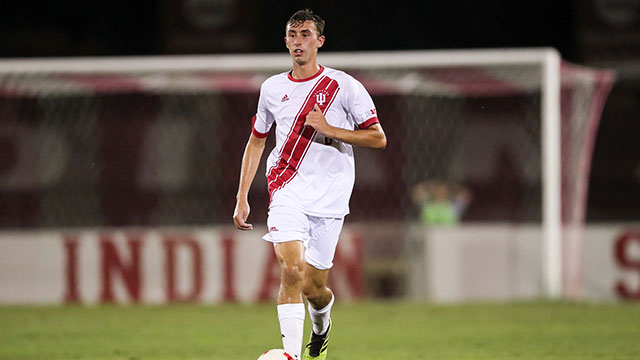 Men's conference tournament action picks up the pace, while the three conferences without a postseason tournament could all be decided this coming weekend.

Can 10 ACC teams reach the tournament? Nine seem to be a lock, with Pittsburgh the lone outlier at 36 in the most recent RPI update. It’s a full slate of games regardless, with campus sites hosting the quarterfinals. Virginia sit as heavy favorites against Syracuse in the opener, and remain a tough nut to crack home or the road. Perhaps the most interesting game is in Pennsylvania, when the Panthers host NC State. The Wolfpack topped Duke this week and should be in line for an at-large bid; on the flip side, a win here could all but guarantee an NCAA tournament spot for the Panthers. Perhaps the most entertaining game could come from one of the later two games. Wake hosts a Virginia Tech side that can get frisky going forward, which could turn that one into a barnburner. Then, the nation’s leading offense in Clemson can put up numbers again an organized Notre Dame team. Of these eight teams, it feels like any of them could advance and clinch the conference tournament crown.

The six-team Big East tournament field begins with two quarterfinals – the winner of the Marquette/Providence match travels to St. John’s mid-week, while the victor of Butler/Creighton makes the trip to D.C. to face the Big East champs Georgetown. Both Butler and Providence are right on the bubble with an RPI in the mid-30s, and each could help their cause by advancing to get a shot at the two high-ranking league leaders. The Bluejays drew on the road at the Hoyas, and host this game, which is crucial for their chances of advance. Luke Haakenson and Yudai Tashiro have been crucial in the final third, and this quarterfinal is a matchup of a recent battle with Butler that Creighton won in overtime in Omaha. Providence will be favorites when they host Marquette, as homefield advantage can be critical at this time in the season.

The Big Ten tournament officially begins on Saturday, with Ohio State battling Rutgers for the honors of playing two games in two days. The Hoosiers would then host the winner of that game, with fresh legs ready to run on Sunday against the advancing team. In State College, Penn State sits as the favorites against a Wisconsin team that’s been decimated by injuries during the current season. Maryland, which fell 4-2 on the final day, hits the road to the Chicagoland region looking to avenge a 3-1 loss in College Park against Northwestern team that finished the season strong. A rivalry match on national TV rounds out the quartet of games, as Michigan State travels to Ann Arbor, where they’ll look to pull off the upset against the Wolverines.

Two games are left in the Ivy League conference season for each program, with Yale sitting on a two-point lead ahead of Dartmouth. Both teams square off on Saturday, as the Bulldogs host Brown and the Big Green welcomes Cornell to town. A Yale win combined with a Dartmouth loss or tie against Cornell would see the

Washington had a chance to lock up a Pac-12 regular season title on Thursday night. After Stanford drew 0-0 against Oregon State in Corvallis, a win against California at home would’ve done the trick.

Unfortunately, the Huskies were unable to hold on to a pair of leads, eventually conceding three goals to the Golden Bears, falling by a 3-2 score in Seattle. It was uncharacteristic from a defensive perspective, as UW hadn’t conceded three goals all season before that game. But the Huskies did outshoot Cal 24-9 on the night, and were unlucky on a couple of calls.

That adds intrigue to Stanford’s visit to Washington this weekend. A win or draw will secure the Pac-12 crown for Washington when the two sides play this coming Sunday (5 p.m. EST, Pac-12 Networks). Tanner Beason remained sidelined for the Cardinal on Thursday against Oregon State, a massive blow if he isn’t available for this time. In the first meeting of the two teams, Blake Bodily’s cross was finished by Lucas Meek. That pair is going to be critical once again. But Stanford’s winning machine, with or without Beason, is capable of getting the full points.

Like the Pac-12, the West Coast Conference has no conference tournament and two weeks of games left. But the title could be decided this Saturday (4 p.m. EST, Watch) when Loyola Marymount travel to face St. Mary's (CA). Both teams are locked with a 5-0 record in WCC play with two games left. Anders Engebretsen has been the key offensive piece for the Gaels, with 12 goals and eight assists to his name. SMC's senior-laden team is going to fancy their chances, especially on home turf. But LMU has demonstrated their ability to win close games, buoyed in midfield by freshman Noel Caliskan. A high-scoring game favors the home side, without a doubt, but this will be far from a straightforward clash.