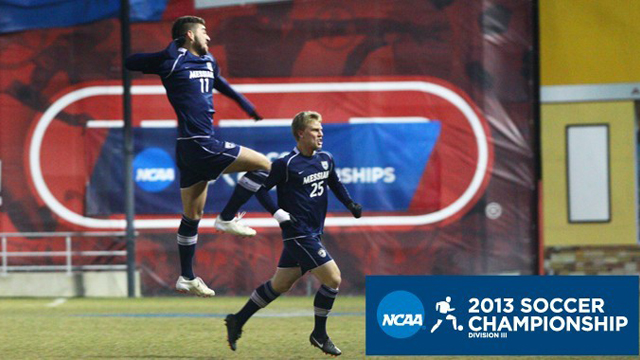 While the DI men are only just finding out their College Cup pairings, the DII and DIII realm knows its champions already. Last weekend, Southern New Hampshire won the DII title for the first time in 24 years with a 2-1 win over underdog Carson-Newman. Meanwhile, Messiah won its fifth DIII title in six years with a thrilling 2-1 2OT win over Rutgers-Camden.

Here’s how it all went down over the weekend. 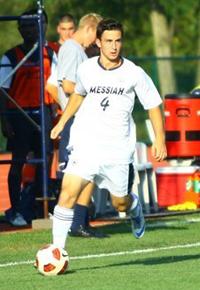 What happened: No. 2 Southern New Hampshire got first-half goals from defenders Callum Williams and Jonathan Lupinelli to advance past No. 3 Rockhurst 2-1 in the semifinals. On the other side of the bracket, No. 4 Carson-Newman shocked Canadian side and No. 4 Simon Fraser 3-2 on a last-minute goal from Joao Dowsley. In the final, Southern New Hampshire got second-half goals from Miguel Carneiro and Frenchman Pierre Omanga in the span of 12:35 late in the game. That gifted the Penmen the national title despite a Ross Frame goal with 2:06 to go that cut the lead in half.

Why it was noteworthy: It hasn’t exactly been hard times for Southern New Hampshire of late, but the Penman have struggled to turn good seasons into weighty tournament runs lately. Before this season, their last national title came over UNC Greensboro in 1989, and they hadn’t been to a title game since suffering a 4-3 loss to Sonoma State in 2002. In Carson-Newman, the Penman had to face a plucky underdog that had lost five regular season games and had never been to a DII final four, let alone a championship game.

That turned up the pressure on Southern New Hampshire, which was firmly expected to get a positive result in its first appearance on this stage in 11 years. The Penmen didn’t disappoint. By capping a 23-game unbeaten streak and polishing off a 22-1-1 season with a victory, Southern New Hampshire did what all good favored sides do - they put the underdogs away before they had a chance to sneak in a punch.

SNH coach Marc Hubbard admitted the team looked a bit rattled, and it showed in the shaky early start. The Penmen outshot the Eagles 9-3 in the first half, and both teams had shots clang off the post in the opening 45 minutes. But the choppy play didn’t allow either side to take much initiative from the other. That changed in the second half, as the Penmen finally found the breakthrough via Carneiro’s third goal of the season in the 73rd minute. The game-winner came 12 minutes later. Omanga earned a penalty kick and converted for the goal that sent the program to a second national title.

What happened: Rutgers-Camden kept its best-ever season rolling with a 3-2 win over Loras in the semifinals thanks to an unbelievable 75-yard free kick from Keegan Balle a minute into the first overtime. In the other semifinal, defending champ Messiah pummeled Williams 4-0 to advance to its 10th NCAA championship game since 2000. In the title game, Messiah needed all of its guile to gut out a double overtime victory for its 10th NCAA title. Jeremy Payne, the 2012 player of the year, scored the decider in 104th minute to end another championship season at 22-1-1.

Why it was noteworthy: Despite the historical gravitas trailing Messiah into the title game, you could’ve been excused for believing Rutgers-Camden was one of those mythical teams of destiny. This was easily the best season in program history - they had never so much as been to the final four before - and the Scarlet Raptors’ win over Loras in the semifinals defies logic. A minute into the first OT period, Balle booted a kick that caught up in the wind and sailed over the head of the keeper, who couldn’t have expected the ball to come careening into his six-yard box from that distance. That goal, impossible as it was, sent unbeaten Rutgers-Camden into the title game for the first time ever.

But Messiah, the big bad wolf of Division III men’s soccer, is a tricky team to derail, even for a team with seemingly all the might of destiny behind it. The Falcons had outscored their previous four tourney foes a combined 22-3, and they seemed to be on their way to another title when Brian Ramirez scored in the 12th minute. The Scarlet Raptors improbably leveled on a Taylor McGrory goal in the 79th minute, sending the game into a first and then a second overtime. Then Payne struck and Messiah went back to the land of champions.

It’s hard to fathom the Falcons’ run over the past 13 years. Messiah has won two straight national titles, five of the last six, eight of the last 10 and 10 of the last 15. It’s a run unprecedented in men’s college soccer and only rivaled by the North Carolina women in either gender. Messiah’s 21st century dynasty was already assured. If it’s possible for another DIII men’s program to slow down the Falcons, the rest of the nation has yet to come up with the silver bullet.