Another week of Division III soccer is in the books, with both men’s and women’s No. 1s holding serve with wins to keep alive streaks. With the women chasing Illinois outfit Wheaton and the men coming for top dogs Ohio Wesleyan, here’s a glimpse at a few teams that made waves over the past week and change. 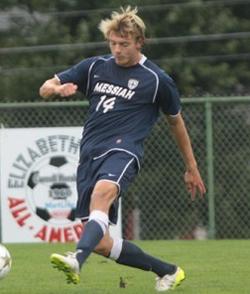 Don’t look now, but Messiah is beginning to crawl back up the men’s and women’s Division III rankings. After suffering setbacks earlier this season, the pair of defending national champions are beginning to reassert control as the season winds toward the playoffs. Just in time for a pair of battle-tested postseason squads, which are picking their way back up toward the top overall spots they commanded in the preseason rankings.

The women had the worst run-out at the start of the year with two losses in their first four games. It was a slow start for the preseason No. 1, but life has been all smiles since. The Messiah women are 7-0-1 since Sept. 7, including a 3-0 win over Hood College last week. The men, meanwhile, have only lost once, a 1-0 loss to York on Sept. 24. Since then, the Falcons are a perfect 4-0-0, including 6-1 and 3-0 wins last week.

Nobody benefitted more from Messiah’s fall on the men’s side than Ohio Wesleyan, which has been No. 1 in the nation for a few weeks now. Some squads might not respond well to the outsize pressure of playing with that sort of baggage, but the Bishops have taken to it swimmingly. They’re a perfect 14-0-0 this season, and most games haven’t been close.

Indeed, that included a 3-1 win over Depauw(m) last week that kept the perfect streak alive. The contributions are coming from everywhere individually, but Colton Bloecher is leading the charge with 10 goals and four assists in his 14 games. With a streak like this, it’s anybody’s guess who can knock off DIII’s resident No. 1.

There haven’t been many quicker risers in DIII women’s soccer than Trinity and Ithaca, which were inside the top six in last week’s rankings. Those runs continued at speed last week as both teams kept alive healthy winning streaks through conference play.

For Trinity, the winning streak hit 11 with a 4-0 win over Our Lady of the Lake on Monday night. That pushed the San Antonio, Texas program to 13-0-1 on the season and snapped its opponent’s impressive nine-game winning streak in the process. Meanwhile, Ithaca ran its winning streak to seven games with an impressive 1-0 win over visiting Houghton on Monday. An Ellyn Grant-Keane goal was the decider and brought Ithaca’s record to 11-1-0 on the season. Both teams have rocketed up the standings and look to be legitimate national title contenders as the season travels in that direction.