MLS Rookie of the Year favorites 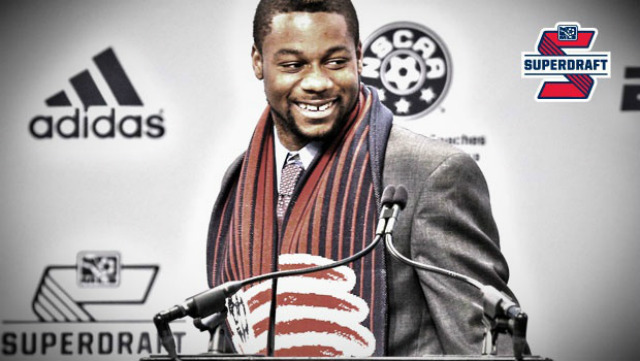 It’s no small feat jumping from college soccer into MLS.

But that’s the task that lies ahead for rookies across the league, ranging from Generation adidas players who signed guaranteed contracts, all the way to late Supplemental Picks who are aiming to pick up minutes throughout the season. 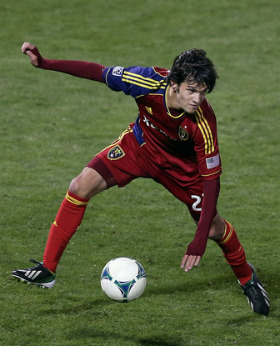 Add in the slew of Homegrown signings during the offseason, and a Rookie of the Year candidate will emerge from somewhere. Here’s a look at the odds of some of the best first year players capturing that honor:

Number one draft picks don’t have a great track record in winning the top honors for debut seasons. And making Farrell’s task even harder is his position. Expected to play as a right back for the Revs, if he starts and earns the minutes expected of him, is the defense going to be good enough for the former Louisville player to earn plaudits.

Buckle up. Chelis is here.

Also known as José Luis Sanchéz Solá, the new Chivas USA head coach is attempting to field a team heavy on Latino influence, a particularly interesting concept in MLS. One player who will be on the forefront of that is the attacking midfielder Alvarez, who is certain to get many chances to show that he was worth both the second overall draft pick and create enough offense for his team to succeed.

One of the favorites for this award, at least from the perspective of being one of the most pro-ready players in the crop of rookies, Bekker is a central midfielder with excellent poise and offensive abilities.

However, given the uncertainty and possible instability at Toronto FC, not to mention the head coach Ryan Nelsen being a completely unknown quantity, it’s hard to know if Bekker earns the minutes and can put in the performances to earn the award.

The former junior college star is now preparing for the big stage, and according to reports from Colorado, the dynamic attacker is faring well during the preseason. A lot of Brown’s success could come down to the health of Edson Buddle. Brought in earlier this offseason, the U.S. striker is battling injuries, which could open the door for Brown to earn more minutes, showcase what he can do, and compete for postseason honors.

A goal-scoring midfielder for the Terrapins, Stertzer is likely to play a deeper role for RSL in their midfield. He didn’t look out of place in a few preseason appearances, but will surely have a fight for playing time on his hand in what is a stacked center of the park for the Utah club. Minutes are probably Stertzer’s biggest obstacle to contend for this award, as he has the ability to score goals and turn heads in that capacity.

Despite a preseason injury, Zardes remains a slight favorite in the Rookie of the Year race, but only marginally. Part of that is due to his position -- forwards tend to attract the most votes simply by scoring the most goals -- Zardes has a lot of the physical tools to jump in and play on either the flanks or up top and make an immediate impact.

Unfortunately, a broken metatarsal could sidetrack that, as it puts Zardes a bit behind the rest of his team, so it’ll be an uphill battle to get on the field and get the requisite minutes.

The bruising center midfielder has done well during the preseason with the Rapids and could be in line for a starting spot on opening day. Powers has the size to deal with the nature of MLS play, and he also has the crisp passing style that Rapids head coach Oscar Pareja enjoys. Powers may not score enough to really get the votes from those who will not watch the Rapids every week.

Another former Akron prospect making the jump to MLS, Yedlin should get some time at right back. If he does well, he could pick up enough minutes to showcase his abilities and in a market like Seattle that could end up earning enough of a look to turn him into a dark horse Rookie of the Year candidate

One of the sleepers in the group, Lopez is a talented central midfielder who, like other rookie counterparts, faces a battle for playing time. That could be his biggest obstacle between him and a strong run at a Rookie of the Year-type season, as he’s on a team that could certainly allow him to exhibit some of his best traits.

Long odds face Trapp in both getting on the field and doing enough to attract Rookie of the Year votes. He could end up being one of the best pros in this group, but it’ll take a couple of years for him to adjust and earn minutes for the Crew. The U.S. making the U20 World Cup will also likely see him miss significant chunks of the season as well.

The former New Mexico target forward has already secured his spot on RSL, and now he is fighting for playing time. Sandoval made his name by getting into the right spots in the college game to finish off crosses, and there is not a better team in MLS than RSL for showing off his quality.

There is a chance that Homegrown product Scott Caldwell could crack the New England Revolution lineup in the early stages of the season. The tough center midfielder fills a need for the squad, but his slight frame will take a beating in the league.

A speedy weapon for the Whitecaps coaching staff, Manneh has already showed off his goal scoring prowess in the preseason. The Gambian youngster will be difficult to keep on the bench, and could prove to be MLS-ready before most expected.

Width was sorely lacking for the Impact in 2012. Could Smith provide the answer for Montreal this season? He signed a deal with the club last week, and although he fits into the category of players who need to earn time on the field, given the lack of options they had on the flanks last year, opportunities could arise for Smith sooner rather than later.