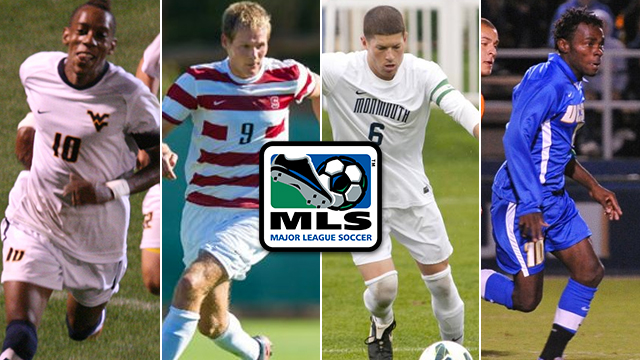 Of the 76 players selected in the 2012 Supplemental Draft, only 21 found their way onto an MLS roster for at least part of last season, many not making it through the entire MLS season. Some did go on to flourish in lower divisions, getting more playing time than if they had stayed in MLS.

That being said, as MLS clubs prepare for four more rounds of the 2013 drafting process, decent players are still on the board and there are several candidates capable of making an MLS roster. 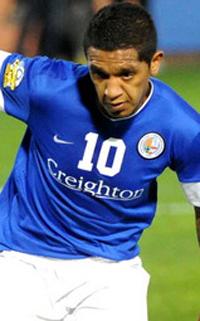 Here’s a look at ten sleepers for Tuesday’s Supplemental Draft:

A big target forward reminiscent of Conor Casey, Bates saw his stock drop because of an ACL injury and questions about his dynamism up front. However, he’s still a player likely to fit in with an MLS club due to his frame and scoring ability.

The speedy striker from Coastal scored at the MLS Combine, which is normally enough to get a player draft in the first two rounds, but he surprisingly slipped into the Supplemental Draft. Bennett has the pace to make an impact in MLS, so it is only a matter of time before he finds out where he is headed to for the next level.

Another left back possibility in this draft, Clark can also slot in as a defensive midfielder, providing some coverage in the middle and on the flank, provided he can show that he has the pace and range to cope with MLS.

The injuries that derailed Machael David’s career also played a role in his draft stock slipping (and ultimately falling off a cliff). The 5-8 midfielder struggled at the MLS Combine, which exposed his lack of versatility. There is still a place for him at the professional level, but it is likely going to take the ideal situation for him to be successful.

While he may not have shown well enough at WVU to earn a homegrown contract with D.C. United (they held his Academy rights), Etuk is a skilled, left-sided player who could end up working out as a left back and offers a team much-needed attacking versatility at a good price against the cap.

The center back’s age and international status -- he’s 24 and from the UK -- hurts his chances at getting a look somewhere in MLS. But he’s certainly a quality player despite not playing at the most prominent program and should come off the board at some point in the Supplemental Draft.

An ACL injury suffered in what was his final college game of his senior season makes it questionable if someone will take a risk on Franco. However, he’s a quality right back option in a draft class light on right backs. So while there is a higher risk involved on him, the reward could be significant.

Many label the Hermann Trophy finalist as overrated, or not possessing the pace, physicality and the sort of traits that MLS coaches and scouts look for in possible rookies. However, he does possess the soccer smarts and passing ability that if he were drafted and picked up in the right system, he could certainly thrive.

The tall striker from Stanford did not receive an invite to the MLS Combine earlier this month, but he is still on the radar for some MLS teams. Jahn was the focal point of the attack for the Cardinal in 2012, and has the physical tools to handle the style of play in MLS. Questions about foot speed will be asked, but he is an interesting option at this point of the draft.

The leading scorer in NCAA soccer a year ago didn’t come off the board in the SuperDraft, but he has put up consistent enough numbers to go somewhere in the first round of the Supplemental Draft.