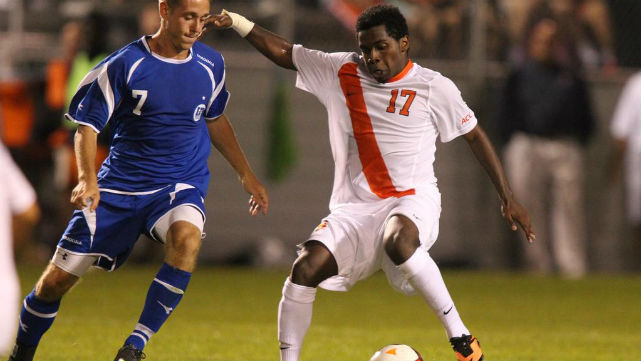 As qualifying approaches this week down in Jamaica, only one player on the U.S. roster is from college soccer: NC State defender Conor Donovan. In fact, just three of the 21 players on Tab Ramos’ final roster spent at least one season competing in those ranks.

However, the same can’t be said about the rest of the CONCACAF field, as 13 players in total on final rosters are college soccer players (including Donovan). Below is a look at each player and his experience.

The expected Canadian backup in goal, Wirth was also second fiddle for the Beavers in 2014, making five appearances and playing a shade under 500 minutes for the Pac-12 program.

Larin’s days as an NCAA player are over as he signed a Generation adidas deal and will jump into MLS in 2015. A powerful striker who scored nine goals in 2014 for the Huskies, he’ll be an important part of Canada’s hopes of World Cup qualifying.

A slashing attacker with good speed and a finishing touch, Nanco was a key element to Syracuse’s successful 2014 campaign, scoring four goals in 18 appearances.