Only five points separated the top seven teams in the 2011 NEC regular season, and look for this fall to be just as close.

In fact, three teams tied for first with 21 points, as nothing separated Monmouth, Sacred Heart and Central Connecticut.

There’s little separating the teams this year either, as a number of the top programs return significant experience, and will bring their best to the forefront as another hectic NEC season nears.

It was a good year for Sacred Heart on the back of Player of the Year Marcello Castro, a center back who led the team in goal-scoring with six.

The good news for Sacred Heart is that almost their entire team returns in 2012, including forwards Justin Brewer and Brian Francolini, who combined for a total of eight goals a year ago.

Getting results away from home is one of many keys to this season, as the team looks to continue improving and try and separate itself from the rest of the conference pack. 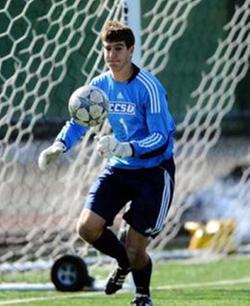 One of the trio to tie for the regular season conference championship, Central Connecticut has high expectations heading into this upcoming season.

Among those players returning, goalkeeper Tony Occhialini is part of a strong spine that also includes two large and athletic center backs in Mamoudou Dioubate and Steven Bailey.

Along with the experience returning, Central Connecticut complete a worst-to-first transition after bottoming out in 2010.

Along with Occhialini and Dioubate providing strength in the spine, All Conference attacker Thomas Obasi, a native of Liverpool, England, is looking to cap his collegiate career off in a big way.

Green, who labeled this his best team in 28 years of coaching, also turns over a new leaf with a new soccer stadium that will be ready for the opening kick. His team will get a chance to back up that lofty praise as they try and knock off Monmouth this fall.

Few programs have made the same strides as Monmouth has over the past five years.

In and out of the Top 25 in a variety of national polls, a handful of NCAA tournament appearances during that time, the Hawks face perhaps their biggest test this fall with a number of players having graduated from last year’s team.

“It could be a little bit of a new look in terms of the team with a lot of new faces, but having said that, we’re probably as talented as we’ve ever been,” head coach Rob McCourt told TopDrawerSoccer.com.

Among the departures are two-time All American defender RJ Allen, midfield general Max Hamilton, and accomplished center back Anthony Vazquez.

But there’s still plenty of experienced talent on the roster, with midfielders Ryan Clark and Joseph Schmid providing most of the experience, along with goalkeeper Alex Blackburn. Sophomore center back Matt Jeffery also provides quality in defense, after a freshman year where he played every game.

Despite the losses, confidence amongst the Hawks is still high as they aim to maintain the high standards the team has set over the past half decade and longer.

The side that just missed out on a finish in the top three, FDU returns a solid core as it looks to crack the cream of the crop in the NEC.

Senior midfielder Jack McVey anchors the midfield, and he was also the team’s top offensive producer with 7 goals and 4 assists last year. If Anthony Moore and Miguel Escobar can also up their production to go with McVey, things are looking good for the Knights.

There’s plenty of experienced talent on the Red Flash roster – three of four likely starting defenders of Makala Mairston, Tamas Maffey-Stumpe and James Price are all going into their senior year, and will look to provide a stable defensive platform that can launch the group to success.

More is needed offensively to however, as Pablo Medina must take on more of the scoring and attacking burden with the graduation of Kingsley McLeod.

Eleven seniors dot the fall roster, so there’s no shortage of talent or experience. But will that be enough in the extremely competitive conference?

Gabriel Bagot – who will be a junior – bagged 8 goals last year to the lead the team, and if he can improve on that, there’s little doubt that the Terriers will be competitive. Goalkeeper Tyler Clarhaut is also one of the seniors, the shot-stopper off a season where he played every minute of the team’s season.

Freshmen forward Zoncher Dennis burst out on the scene as a freshman last year, picking up Rookie of the Year honors and leading the team to a winning record in conference on the strength of his 11 goals

Duplicating that feat in his second year is one of many keys to the upcoming season for the Mount, as he’ll be a marked man from the opening game instead of walking into this year as an unknown first-year player.

Only three senior departures means that the opportunity is sitting there for Quinnipiac to thrust itself amongst the contenders during this upcoming fall season.

Attacker Philip Surprise, First Team All Conference a year ago with five goals and four assists on the year, is the key to their hopes. But he’ll need more offensive support from the likes of Ola Ogunjobi and Williams Daniels to push Quinnipiac up the standings.

Steve Jakubowski was one of the bright spots of last year’s bottom-half finish, and his and Josh Maley’s departure through graduation leaves the team looking for new offensive options up front.

Among the candidates to help supplant their departure are senior midfielder Elliot Kane and forward Jakeem Johnson.

A team looking to pick itself off the bottom tier of the NEC, it’s going to be an uphill battle for the Bulldogs to challenge up at the top, as Nick Parisi, the team’s leading scorer from a year ago, graduated.

That leaves a gulf of goals on the roster, and the experienced pair of Ryan Stone and Nicholas Alberti will need to be a part of the improvement if Bryant hope to overturn their fortunes.

After a decent showing back in 2010, last fall was one that the entire Robert Morris program will want to forget, with a winless showing in the NEC.

With only four wins overall, and losing every single game in the conference, a quick turnaround is needed, and massive improvements at both sides of the field.

The good news is that contributors like Prince Samuels (the team’s leading scorer with six tallies last fall), Miro Cabrilo and Luca Campos are all coming back – they’ll be juniors – with a desire to kick things up a notch and raise the bar much higher.