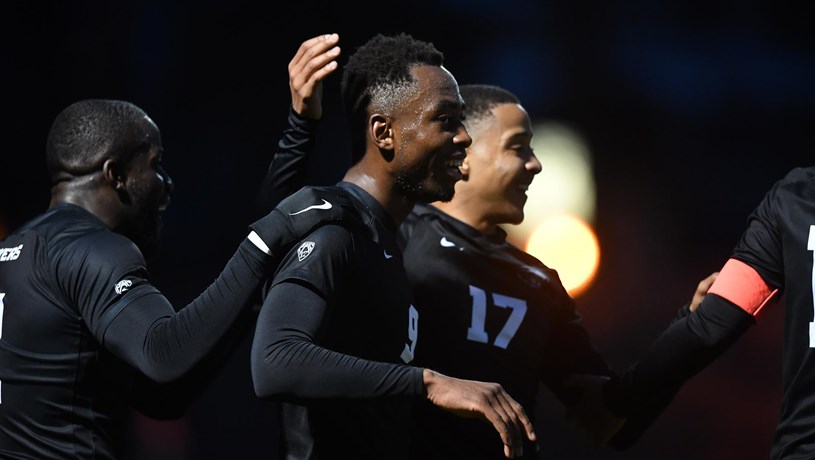 After a career year in the Pac-12, Gloire Amanda has turned pro.

The Oregon State striker signed a two-year contract with SK Austria Klagenfurt, it was announced this week. The club earned promotion to the Austrian Bundesliga for the 2021-22 season.

Amanda put up monster numbers playing in the competitive spring campaign, scoring 15 goals in 14 games. He chipped in seven assists, and was named the winner of the MAC Hermann Trophy award.

In 47 games across three seasons with the Beavers, Amanda scored 25 goals and had 10 assists.