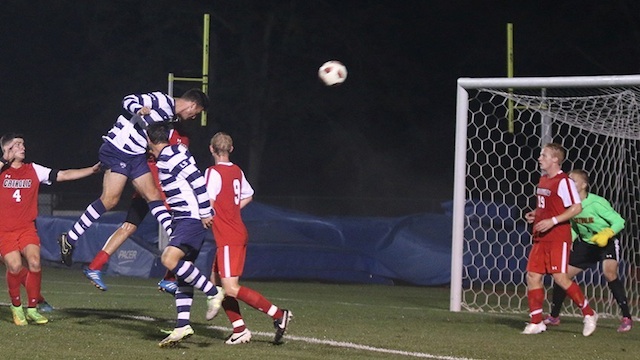 TDS’ expansive college coverage is extending into the DII and DIII ranks this year in the form of a weekly finger on the pulse of the nation’s hottest men’s and women’s teams. That takes the form of four distinct power rankings each week, which will take into account the nation’s best teams and performances over the previous week of action. College soccer is a constantly evolving menagerie of intrigue, and these power rankings will encapsulate and reward the victors.

In our first rankings of the fresh 2014 season, two of the four national champs retain their top spots, with the DIII and DII women shaken up after an early setback proved Grand Valley State’s repeat bid may be vulnerable since losing decorated head coach Dave Dilanni to Iowa in the offseason. Dilanni was 221-18-18 with the Lakers, who are off to a 3-1 start.

On the men’s side, Southern New Hampshire’s raft of returning contributors and 3-0 start helps the Penmen to an initial No. 1 ranking in DII, while perennial favorite and No. 1 Messiah is in the same boat in DIII with a 6-0 record. On the women’s side, an early draw won’t keep defending DIII champs Trinity (TX) from the top spot, while Cal State Stanislaus leaps into pole position in DII to hold off some heady competition.

Here's a look at this season's initial men's and women's rankings through Sept. 14.