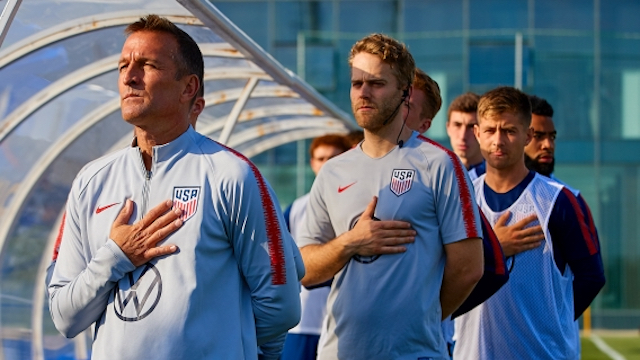 Concacaf, the governing body of North American soccer, released the preliminary rosters for next month’s Men’s Olympic Qualifying Tournament in Mexico on Tuesday.

The competition kicks off on March 18 with the USA against Costa Rica. USA plays Dominican Republic on March 21, and then wraps up group play against Mexico on March 24. The top two teams from each group (Honduras, Canada, El Salvador, and Haiti are in the other group) advance to the semifinals on March 28. The two winners of the semifinal game earn a spot at the 2021 Olympic Games.

USA has struggled with the U23 age group - the team for the men’s Olympic qualifying - over the last two decades. The USA men’s team has only qualified for the Olympics once in the last 20 years, which came in 2008. The Federation is hoping to break that streak with this year’s group. Head coach Jason Kreis has been working with this group since 2019 when he was appointed as the U23 head coach.

Kreis had a group of 20 lined up for qualifying last year in March, but the event was canceled due to the pandemic. A year later, the squads are being reassembled to hopefully move forward with the qualifying process.

Richard Ledezma and Paxton Pomykal are two players from the 20-man roster last year that are not on the preliminary roster for this year’s event. Ledezma tore his ACL in December and will miss the whole club season. He picked up the injury while playing for his club, PSV, in the Europa League. Pomykal is also recovering for an injury he suffered last season. He had surgery in September and was anticipated to have a six-month recovery period.

Reggie Cannon, Mark McKenzie, and Erik Palmer-Brown are the other three players from the 2020 squad who are not on the preliminary roster for the USA. All three are having standout seasons with their European clubs and likely too important to the club’s success to be released for the event. The loss of the trio will test the depth of the USA defense.

Among the noteworthy new names on the roster, LA Galaxy attacking midfielder Efrain Alvarez is listed on the USA preliminary roster - as well as the Mexico preliminary roster. Alvarez played for USA at the U15 level. He has since represented Mexico at the U17 age group including at the 2019 U17 World Cup. Alvarez will have his pick of which team to represent at this level.