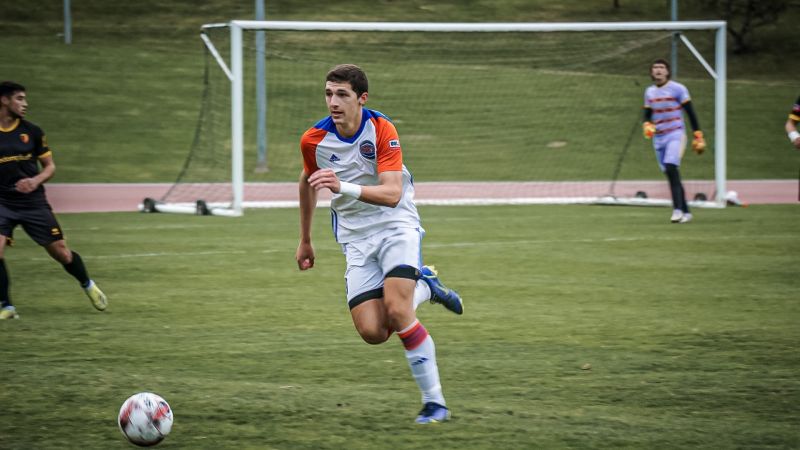 USL League Two concluded its 27th season Sunday, with a tense matchup between Long Island and Ventura County concluding an enthralling season. Ventura County ran out winners on the day, coming from behind to win 2-1.

But there were tons of storylines across the 10 weeks of play. Here’s a look at the final and some of the award winners.

Marley Edwards didn’t control the pass. Rather, he cushioned it, trapping the ball with the outside of his boot. It was the ideal first touch. The second was similarly smooth, a gentle knock forward. And as the Long Island defense refused to close him down, the third was perfect. Edwards lashed a shot into the bottom corner, the ball kindly bouncing over the goalkeeper’s outstretched arms.

That 85th minute strike was the eventual winner for a resilient Ventura County team, a goal that sealed the USL League Two Championship.

It wasn’t an easy win for the Fusion. They struggled to get going in the final third, and only started to create after going behind in the 55th minute, thanks to a cool finish by Jayden Reid to a flowing team move. But the two goals eventually came. Nathaniel Opoku grabbed the first with an acrobatic chip. And Edwards’ followed deep into normal time.

Ventura County enjoyed an unlikely route to the final. It came into the playoffs as a fifth seed, surviving a regular season defined by its tight games and nervy scorelines — only four of its 12 contests were decided by multiple goals. Such a trend continued in the playoffs. The Fusion won their three playoff games by scores of 2-1, 1-0 and 1-0. It was a tense way of winning, but a successful one regardless.

That Ventura County had played so many close games, then, proved crucial.

The Christos FC forward Ben Stitz was named the league’s assist champion, tallying 12 in as many matches. Stitz was second team All-Ivy in 2021, posting eight assists for Penn. This summer’s performance was perhaps a sign of things to come.

Schaefer dominated in goal for the Florida-based team. He allowed only .59 goals per 90 minutes and kept five clean sheets. His .889 save percentage was second highest in the league. The Berlin native is poised to continue his career at Santa Clara this fall.

The forward scored 19 goals in 13 games, one of the most prolific attacking seasons in USL League Two history. He averaged a goal every 57 minutes, leading Brazos Valley to a playoff appearance. He will look to continue that form into his second season for Winthrop.

DiPreta played every single game for the Rush and played every single minute as the season came to a close. The Rush struggled going forward, but DiPreta chipped in with a few assists and goals from central midfield. At just 18, he seems to have a bright future ahead.