Round Robin: MLS Rookie of the Year 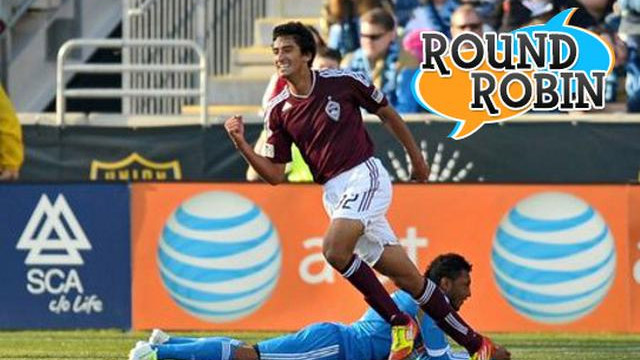 Welcome to the Thursday, July 19 edition of the TopDrawerSoccer.com Round Robin, where our editorial staff members weigh in on important topics in the world of American soccer. Please note that each opinion expressed is that of the author giving it, and not necessarily editorial policy at TopDrawerSoccer.com.

We have reached, in essence, the midway point of the MLS season. Various outlets across the country have begun to dole out some (superfluous) awards for the major categories.

Since, our wheelhouse revolves in the college soccer sphere, I thought it was worth talking about our selections for MLS Rookie of the Year.

For some context, New York Red Bulls and former Fordham goalkeeper Ryan Meara is the heavy favorite (and unanimous choice) in the race with Fox Sports, Sports Illustrated, Sporting News, ESPN, and Goal.com all picking the second round selection. 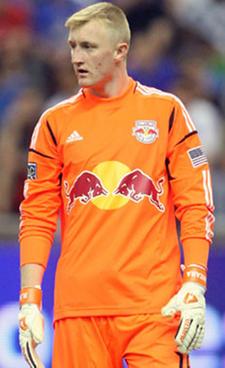 Round Robin Question: Who is your MLS Rookie of the Year at the midway point of the season?

J.R. Eskilson: While Meara’s surprising performances in the net for New York have been crucial to the success of that team, I think former UCLA captain Andy Rose deserves some credit for what he is doing in Seattle.

Rose was a throwaway pick in the Supplemental Draft by Real Salt Lake. His rights were quickly traded to the Sounders. Given head coach Sigi Schmid’s history with rookies, even if Rose made the roster, a consistent starting position looked out of the question.

However, Rose has been a key part of Seattle’s play this season and proven he is MLS quality consistently. His emergence (from basically a fringe player to starter) has been one of the unheralded stories – mainly due to Seattle’s lackluster form of late – this season.

Travis Clark: C'mon J.R. -- with all due respect to you and your Rave Green persuasions, Andy Rose isn't the best rookie in MLS. Sure, he deserves credit for a good showing, which is right about what I expected to see from him prior to his pro career beginning.

In an effort to avoid the homer route on my end, I'll skip mentioning D.C. United's Nick DeLeon, who cooled off after a hot start to his rookie year in the nation's capital. And I don't think Meara is quite deserving of the nod either, as he's let in a decent amount of goals so far this year behind a pretty shaky defense.

Instead, I'm going back up to the Northwest to a separate location and tabbing Akron's Darren Mattocks. With game-changing speed and goal-scoring ability, I think he's been the most impressive player, despite only making ten appearances this far, he's scored six goals for a Vancouver team that has struggled to find goals. Safe to say, if he hadn't been injured, Mattocks would be the runaway leader at this point and I expect him to claim the title at season's end.

Caroline Yort:  I claim to be the total opposite of an expert on MLS soccer, so I will have to go with a player I have actually seen - in person.  If he's not the Rookie of the Year, he's at least the player who most exceeded Top Drawer Soccer's expectations. TDS's prediction on March 5 was that Matt Hedges was a long shot to get any playing time in his rookie year at FC Dallas.  Well, sometimes predictions just don't come true, as former UNC standout Hedges, the #11 overall draft pick, has started and played the full 90 in 8 of the last nine games, notching two goals as a center back. He received the chance due to concussions to both center backs George John and Ugo Ihemelu on different occasions, and has definitely risen to the challenge. His spot also looks to be pretty secure going into the second half of the season.

Robert Ziegler: My MLS rookie of the year is Tony Cascio of Colorado. You guys can get all excited about your flashy colors and statistics, but thus far Cascio has meant a great deal to his team, and it says here that’s the main requirement. The UConn product has shown a lot of maturity in stepping into an important midfield role for Oscar Pareja’s team. I do like Mattocks a lot, but I’ll give Cascio the nod at this point of the season.

J.R. Eskilson’s Final Word: Beyond Travis’ hatred for the beautiful city of Seattle, there were legitimate arguments made for a handful of players. Meara appears to have charmed many with his steady play in the Big Apple, but the race for the Rookie of the Year honors looks far from over.