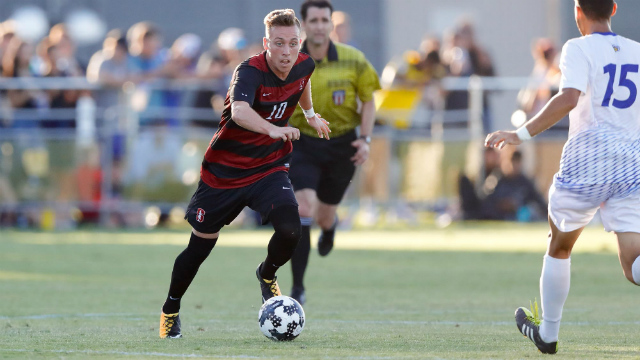 “It’s a rare thing for a player to win three college championships, so we are proud of Corey for accomplishing that feat and now we are excited to have that pedigree with our first team,” Waibel said.  “He’s a winner and he’s the type of guy we want in our locker room.””

Baird, 21, was an instrumental leader in Stanford’s historic NCAA College Cup run that saw the Cardinal win three consecutive national championships, becoming just the second team in division 1 history to do so. Baird, an Escondido, California native tallied 16 goals and 28 assists in his four years at Stanford while appearing in 77 total matches, making 69 starts. Having also spent time with the U.S. U-20 and U-23 National Teams from 2013 to 2015, Baird carries with him an impressive college résumé as well as experience at the international level.

“This is an amazing feeling knowing that I’m signing with a team I played with four or five years ago at the Academy,” Baird said. “I’ll be playing with a lot of guys I was playing with then so it will be good to get back on the field with them. I’m going to be working my hardest all the time for an opportunity on the field while trying to contribute as many goals and assists as I can.”