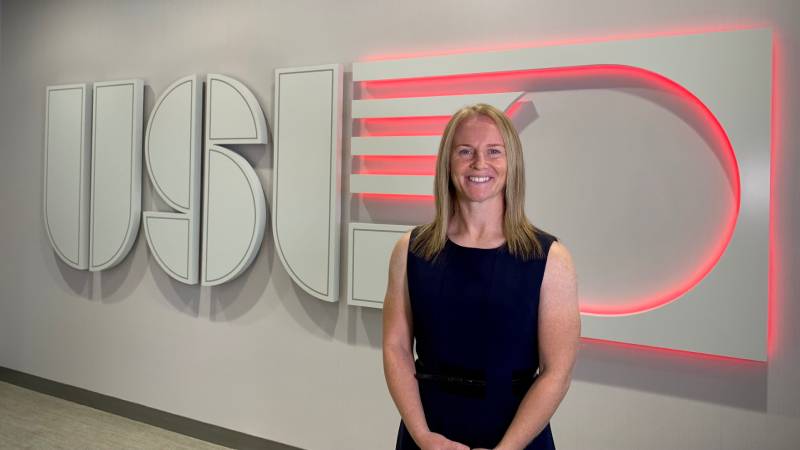 Sarah Brady remembers the matches at Anfield. Her dad, a massive Liverpool fan, would take her to games almost every weekend as a kid.

The next day, she’d see the players around town. Native Liverpudlians such as Robbie Fowler and Steve McManaman were on the pitch and lived and breathed the city. And for Brady, seeing those familiar faces at the shops on a midweek afternoon was a source of inspiration to get on the pitch herself.

It’s something she believes is missing from the American game, especially for young girls. Most of the best youth players in the country are isolated from the professionals they aspire to be. And in her new role, as USL Academy Director for the women’s pathway, Brady wants to help bridge that gap, playing a central role in expanding the youth-to-pro connection that the organization is building.

“There are little girls all over this country dreaming of being professionals,” Brady said. “And that roadmap is not clear yet.”

The W League announced Brady as its girls academy director on Thursday morning. She’s charged with leading the push to identify and develop local talent in top-class academies. It’s a management role to oversee a major addition to the USL’s model. Although the league has already established affiliated youth teams, ensuring the stability of the system is vital.

But for the longtime coach and soccer fan, it’s more personal. She wants to offer the connection that was so valuable to her in her youth. She’s certainly had enough time to know that it needs developing. After moving to America 13 years ago, Brady embarked on a lengthy coaching career. She earned her USSF “B” license, using the credential to coach at the club, pre-professional and college levels in the US.

It was in those roles that she noticed a gap in the system. Brady was the head coach at Iona College from 2015-2018. Every summer, once the spring season ended, her players had very few opportunities to play, she said. The WPSL was established but didn’t have a team in Westchester County, New York. Her players would either have to commute to New York City or find a team near home. While some found teams, others would have to train alone — losing valuable development time.

“[The players] don't know where the opportunities are,” Brady said. “What we hope to do through the vehicle of the W league is to make sure that college coaches are connected with the opportunities for their players in their markets.”

She’s seen similar issues at younger levels. Though the NWSL is expanding, there’s no sporting relationship. between professional teams and the players that watch them. That valuable inspiration that Brady benefited from doesn’t exist. And that’s where she might just have the biggest impact.

There’s an infrastructure in place already: teams formally practice, compete in a league and finish the year with an academy cup. But creating a year round path has been a challenge. The USL hopes to solve it with the upcoming Super League, a fully professional league due to kick off next year. And making sure that all players — from youngsters hoping for a shot at professional ball, to college kids ready to take the next step — have access is absolutely crucial.

“We’re not coming in to revolutionize,” Brady said. “We're coming to evolve with the landscape and service its needs.”

The league has seen signs of promise already. Brady coached AC Connecticut U19s in the spring and saw her captain promoted to the USL W League team this summer — a teenager playing among college athletes in their early 20s. She hopes those stories multiply as the league expands.

There will undoubtedly be some struggles. Although the league now has 48 teams, talent pools will differ. Some markets simply haven’t been hit, either, as the league didn't stretch west of the Mississippi this summer. But there are plans to correct that going forward, visions of a 60 team league with a clear youth setup.

And in Brady — the scouser who watched her local heroes kick the ball around every weekend — they might just have found the perfect person to oversee it.

“Clearly the talent in this country has not got a clear roadmap just yet,” Brady said. “It's not translating just yet. But we intend to course correct that.”