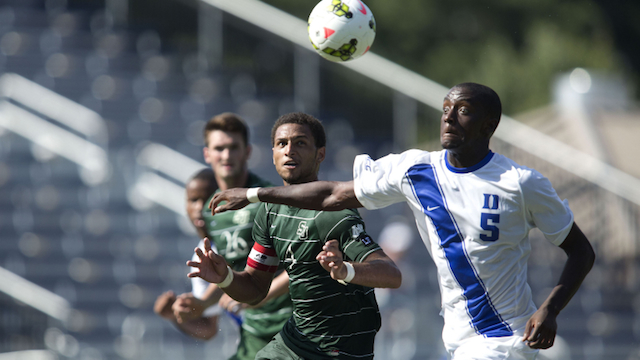 The men’s college season recently plowed through its second weekend of the 2014 slate, and a handful of teams are already relying on talented freshmen to carry at least some of the load. Here’s a list of six midfielders who’ve forcefully snagged the reins and steered their sides to sound starts.

F Ricardo Lopez-Espin, Creighton: Shattuck St. Mary’s made a run to the U18 Development Academy finals in 2013 largely fueled by Lopez-Espin’s exploits up top, and his 2013-14 season was similarly explosive. He’s carried that form into his college career, but the surprise is the quickness with which he’s done it. Lopez-Espin started each of Creighton’s first four games, all wins, and has two game-winning goals and an assist already. As one of the most physically ready freshman strikers to emerge from the Development Academy in years, one of the nation’s best hit the ground running.