This year’s Southern Conference championship race promises to be a tight battle. Defending regular season champions UNC-Greensboro can be good again, and conference tournament winners Elon will be a strong presence also, but the Furman Paladins return a very strong lineup and may be the preseason favorites. 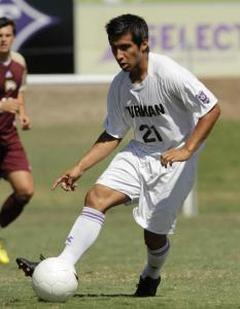 Ralph Lundy’s Cougars had a tough 2011, but the transfer of midfielder Sam Redmond from Wake Forest and returnees Dean Brinkman, Sean de Silva, Anthony Kattreh, Francis Twohig and goalkeeper Kees Heemskerk will help put them back on the right track.

Justin Maullin enters his second season at the Spartans’ helm and has plenty of reason for optimism.

Darren Powell’s Phoenix will show that their conference tournament run in 2011 was no fluke.

The explosive Chris Thomas will lead the forward line, while Matt Wescoe, Austin Dunker and Gabe Latigue will also be key for the squad.

Matt Nelson’s Mountaineers could be a real threat. Lee Williams leads the back line, while  Sekani Sinclair and goalkeeper Danny Free are also back.

Matt Spear’s Wildcats didn’t have a go-to goals scorer last season, but 8 players had either 2 or 3 goals in a balanced attack.

Ralph Polson’s Terriers had a tough 2011 but are looking to improve behind the returning experience of leading scorer Alex Hutchins, Carlos Dominque-Gonzalez, Dennis Moore and Turner Almond.

Freshman Nestor Jaramillo could be a revelation in the league.