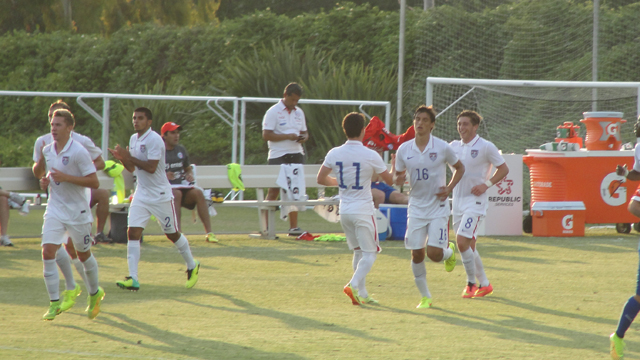 The U.S. U20 Men’s National Team recently wrapped up an international tournament at the National Training Center (NTC) in Carson, California. The U20s came away from the event with an undefeated 2-0-1 record against some challenging opposition.

On top of the tournament title, the coaching staff was also able to take a look at every player that was called into the camp as the three games in five days format put a high priority on depth. Some players seized the moment in the spotlight while a few shied away from the attention.

Below is a look at who helped and hurt their stock at the NTC Invitational as well as a roster projection for the 2015 U20 CONCACAF Championship.