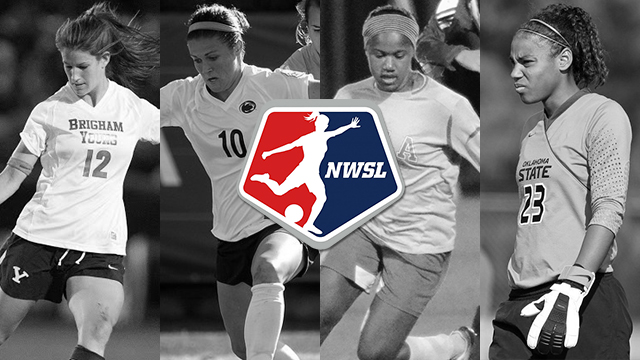 After last week’s allocation of top national team players, the top college stars will be dispersed in the league’s first draft, scheduled for 9 am EST at the NSCAA Convention in Indianapolis.

Not all college seniors from last week are going to be available to the eight clubs. A couple standouts were part of the allocation process, as West Virginia defender Bry McCarthy was included the Canadian national team group, and Stanford stalwart Alina Garciamendez joined the Washington Spirit as part of the Mexican national team's allocation. 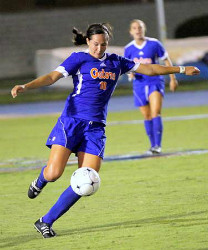 Along with that, Florida State defender Ines Jaurena joined FF Issy back in her native France, and North Carolina’s Amber Brooks signed a deal with Bayern Munich in Germany, although the deal includes an option to return this summer, midway through the NWSL season.

However, plenty of talent is there for the taking. Here’s a rundown of some names who might get selected, followed by the order in which teams will be picking:

Starting spots in the net are likely to be hard to come by with only eight teams, but all teams need depth at goalkeeper. Almost certain to be the first shot stopper off the board is Adrianna Franch (Oklahoma State), fresh off the end of her outstanding Cowgirls career and with a potential national team spot in her future.

Other options available are Haley Kopmeyer (Michigan), Erin McNulty (Penn State) and Tara Campbell (Duke), each with a strong pedigree and performance in 2012.

While the talents of Jaurena and Garciamendez are off the table, more than competent options remain for teams at the back. Two of the best are Lindsi L. Cutshall (BYU) and Rachel Quon (Stanford), players that offer up experience, talent and are ready to compete and play right away.

Cutshall anchored a stout BYU back line last fall that conceded only 13 goals throughout the entire season. A big center back, she's someone to keep an eye on and could end up going in the top five to a team looking for more defensive help. Quon's a bit of a different player, an attacking outside back who represented the U.S. at the U20 World Cup back in 2010, and someone who has started from day one at Stanford.

That’s not all, of course, as Ally Miller (Marquette) and Holly King (Florida) offer up other solid defensive options, along with Jackie Logue (Wake Forest), Kathryn Williamson (Florida) and Jessica Morrow (Boston University).

Is the number one pick going to be Penn State’s Christine Nairn? It’s hard to imagine a player with a stronger finish to her college career, despite falling short at the national title game. Wherever she ends up, the No. 1 TopDrawerSoccer.com upperclassman brings an offensive spark and has experience to have a huge impact.

Not too far behind amongst talented offensive-minded midfielders is Boston College star Kristen Mewis. The former U17 and U20 U.S. youth international scored 16 goals and added 12 assists in 2012, terrorizing defenses up and down the field from an attacking midfield role.

Another dynamic player with a U.S. youth international background is Florida’s Erika Tymrak. She might not have the gaudy numbers last fall that Mewis and Nairn put up, but she’s going to be another player attracting attention as an attacking midfielder capable of making things happen in the final third, or simply finishing chances off herself.

The list of available and talented players in the middle of the park aren’t limited to those three; other players in this spot include Mariah Nogueira (Stanford), Kylie Louw (Stephen F. Austin), Megan Jurado (San Diego State) and Mallory Schaffer (William & Mary).

Goal scorers win games, and some of the top forwards are going to get snatched up quickly as teams look to bring in attacking depth.

All three played prominent roles last fall and reached double-digit goal totals of 15, 20 and 17, respectively, during the 2012 season. And a lot of teams are certain to be looking out for young goal scoring talent, which all three bring to the table and then some. Miller's coming off the best season of the three, and was one of the finalists for the MAC Hermann Trophy, while Bywaters has the experience of playing alongside Sydney Leroux. McCarty finished her time at FSU with 63 over four seasons, impressive numbers and consistency.

They aren’t the only top tier of talent out there, as Nadia Link (Long Beach State), Tiffany Cameron (Ohio State), Colleen Williams (Dayton) and Kaitlin Bast (Denver) present other options for the NWSL clubs.