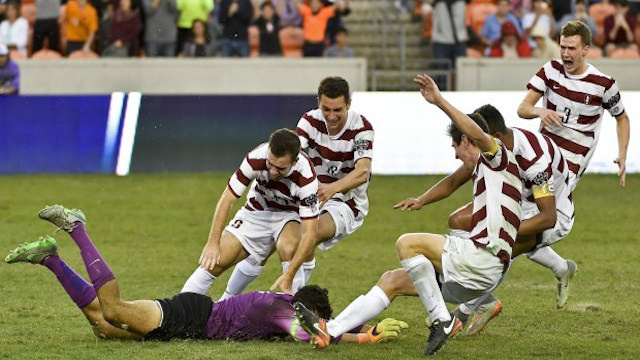 The tournament is over. Which means it’s TDS Best XI time.

The 2016 men’s College Cup got off to a sizzling start and then settled into a decisively defensive pattern. It opened with a wild 2-1 Wake Forest win over Denver, but each of the next two matches were scoreless draws that finished in penalties. That included the finale, in which Stanford captured its second consecutive national title in a shootout.

So perhaps it should come as little surprise that the TDS College Cup MVP is Stanford goalkeeper Andrew Epstein.

What about the rest of the Best XI? Take a look as we put a ribbon on one of the best men’s college seasons we’ve ever seen.