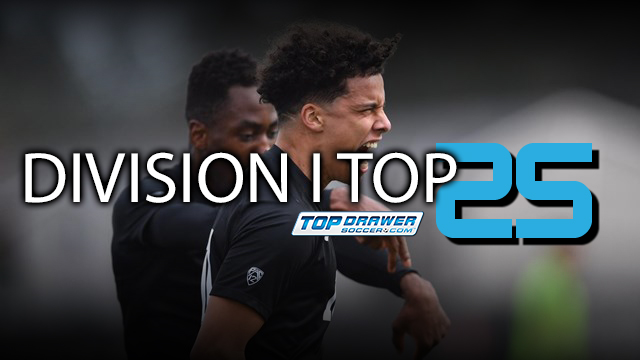 As the spring Division I college season picks up the pace, the top-ranked sides are tumbling.

Over the past weekend, it was the Stanford women's soccer team that lost a pair of Pac-12 matches. Facing a two-game swing against Oregon and Oregon State, the Cardinal fell by identical 2-1 scores on Friday and Sunday. The Cardinal slipped down this week's TDS women's Top 25. Pac-12 peers California now check in at No. 6 as well after winning both of their games in Oregon.

UCLA and Virginia were among the teams to edge up towards the summit of the rankings, as the top two teams Florida State and North Carolina have yet to resume play in the spring campaign.

The other big upset of the weekend featured a 3-1 win for Saint Louis against then-No. 7 Arkansas. It marked the fifth win in a row to start the season for the Atlantic 10 side, who moved closer to a ranking of their own.

SMU's dominant start to the season continued on the men's side, as they edged up the rankings with another blow out win in American Athletic play. This time it was a 5-0 defeat of Memphis. No. 1 Georgetown played a first competitive match of the season, beating Villanova by a comfortable 3-0 score to open Big East play. Oregon State continued their march up the rankings, defeating UCLA 2-1 for a fifth straight win.

There were a handful of other upsets with Indiana and Penn State both losing to unranked sides. Saint Louis and High Point were among the teams to earn a first ranking for the spring season.