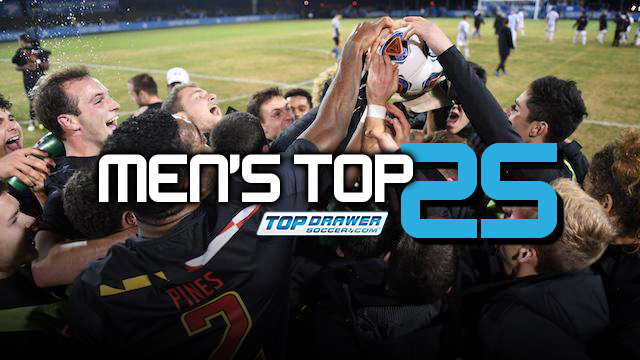 The 2019 Men’s Division I college soccer season kicks off on Thursday.

Maryland takes hold of the top spot in the first TopDrawerSoccer Men’s Division I Top 25 ranking of the 2019 season. The Terps kick off the season against South Florida.

Akron is the No. 2 team in the Men’s Division I preseason college soccer rankings. The Zips bring back standouts David Egbo and Carlo Ritaccio from last year’s team that advanced to College Cup. Akron opens the season against Xavier on Friday.

With Bruno Lapa, Michael DeShields, Kyle Holcomb, and Aristotle Zarris back, the Wake Forest squad has the look of a group to make a deep run in the 2019 NCAA Tournament. Wake Forest checks in at No. 3 in the TopDrawerSoccer Men’s Division I preseason Top 25. Wake Forest opens u the season against No. 17 UCF on Friday.

Tanner Beason and Andrew Thomas highlight the returners on the Stanford roster. The Cardinal is the top ranked team in the Pac-12, and checks in at No. 4 in the preseason Top 25. Stanford opens up on the road with games against Penn State and No. 2 Akron.

Indiana’s stacked freshman recruiting class has the Hoosiers looking at a possible return trip to College Cup in 2019. The Big Ten squad checks in at No. 5. Indiana opens up the season against Pittsburgh and UCLA.

Check out the TopDrawerSoccer Men's Division I Preseason Top 25.