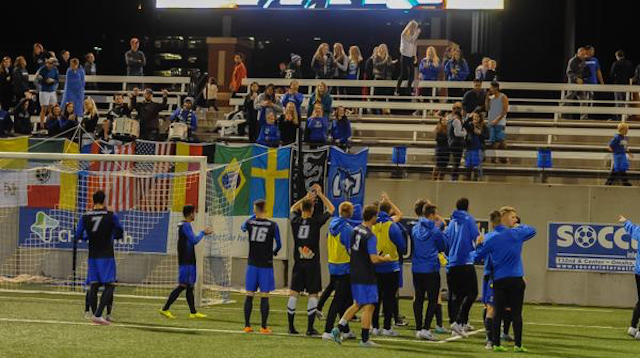 Creighton kept the good times rolling over the weekend with a 1-0 win over DePaul and improved to 10-0 on the season. The Jays kept hold of the top spot in the TopDrawerSoccer Men’s Top 25 for another week as Elmar Bolowich’s squad looks unstoppable heading into the heart of conference play. Creighton goalkeeper Connor Sparrow has only let in three goals this season.

North Carolina keeps hold of the No. 2 spot in the Top 25. The Tar Heels improved to 8-0-1 on the season and 4-0 in conference play with a 2-0 win over Pittsburgh. Super substitute Tucker Hume leads the Tar Heels in scoring with five goals and one assist in nine appearances.

Wake Forest keeps hold of the No. 4 spot with a 5-0 win over Boston College. The Demon Deacons entered the week as the No. 1 team in the RPI. Wake Forest is likely to keep that top spot after this week.

Clemson rounds out the top five, which makes this the first week where the top five is unchanged this season. The Tigers defeated Gardner-Webb and Virginia Tech to improve to 8-1-2 on the season.

Outside of the top five, Seattle kept its climb up the top 25 going with an appearance at No. 10 this week. Seattle is 9-2 on the season after conference wins over UMKC and Air Force over the week.