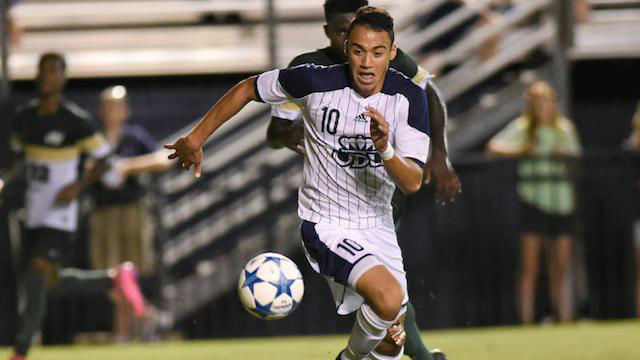 Creighton retained the top spot in the TopDrawerSoccer Men’s Division I Top 25 for another week following a 1-0 win over Michigan State. The Jays were on the road for the first time this season and responded well with Fabian Herbers’ fifth goal of the season and another shutout victory. Creighton now has six of its next seven games at home so the Jays could be on top of the perch for some time.

Notre Dame (4-0-1) jumps up to No. 2 after a 1-0 win over Clemson on Saturday. The Irish have yet to concede a goal this season. A couple of timely goals over Indiana and Clemson have the Irish sitting pretty through the first three weeks of the season.

North Carolina (4-0-1) checks in at No. 3. The Tar Heels moved up after defeating Virginia Tech on the road on Friday. The schedule is not kind to UNC with games against Notre Dame and Duke in the next two weeks.

Virginia slips down to No. 4 following a 2-2 draw against Duke on Friday night in its ACC opener. The Cavaliers are still undefeated on the season. An upcoming slate of games against NC State, James Madison, and Notre Dame this month could challenge the unblemished mark.

Stanford rounds out the top five. Following the slip-up in the opener against UC Santa Barbara, the Cardinal is on a roll. A strong defensive unit is keeping the Pac-12 squad in the hunt to pick up wins prior to the start of conference play in October.

Check out the full Top 25