While some of the best players in the high school class of 2012 have elected to pursue professional options at home and overseas, there’s still a tremendous infusion of talent set to hit the men’s college ranks this fall.

Here’s a look at ten freshmen that could do big things this coming college season: 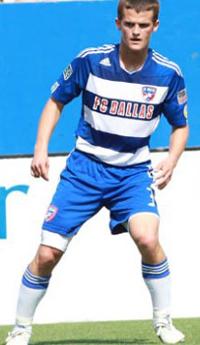 Thanks to a bit of advanced planning and motivation, the 17-year-old D.C. United Academy midfielder Martin graduated from high school after his junior year and is enrolled to play at Wake Forest after competing in this weekend’s Milk Cup with the U20 MNT.

The technically gifted attacking midfielder is going to be pushed by the physical nature of the game, but it’ll help him progress and learn to adapt at a higher level. He does face an uphill battle for playing time on a stacked Wake Forest team.

With a decent level of turnover at San Diego State, Alacron will get ample opportunities to immediately get significant minutes his freshmen year. He has the size and speed to compete and standout at the collegiate level, after honing his skills at the Academy level for Real Salt Lake-AZ.

Discipline issues have plagued Oliver in stints with both club and country as he’s made his way through the elite soccer scene. If he can stay out of trouble in Bloomington, and recapture the form that helped lead the U.S. U17 team of a year ago to a World Cup spot, then it’s a huge pickup for the Hoosiers.

A forward with a good blend of size and pace, Oliver will add firepower up front for the Hoosiers this fall.

Starting as a freshman is never easy for a net minder, and while Bono may not get the nod right off the bat, he’s proved to be a strong goalkeeper with his Empire United club side.

If he gets a chance to show what he can do for Syracuse, there’s a good chance he may never relinquish that No. 1 jersey.

A versatile outside back for Baltimore Bays, Harris is likely to step in right away on whatever flank Denver needs help with the most. He has the speed and athleticism to get forward and add to the attack, to go with his ironclad defensive ability.

Heading to the defending national champions as a freshman is not an easy task, as the talent lost by the Tar Heels was significant.

However, it also opens the door for a player like Garcia to step in right away and see minutes. North Carolina’s playing style and 4-3-3 formation are likely to benefit Garcia tremendously, as it’s similar to his FC Dallas U18 side, not to mention that he’ll be joining up with former Academy teammate Boyd Okwuonu.

Fresh off picking up his Gatorade Player of the Year award, the Ghanaian midfielder who dominated for Strikers FC now faces a step up in level. The physicality of college soccer is sure to put him to the test, and it’ll be interesting to see how he copes and adjusts to the new level.

While Maryland already has an incumbent left back in Taylor Kemp, the addition of Ambrose is likely going to give head coach Sasho Cirovski plenty of options at the back.

Ambrose is a stalwart for the FC Dallas Academy team, and after wrapping up Finals Week will continue to progress under Cirovski, where he’ll look to lead the Terps back into contention for a national title.

The 2011 Gatorade Player of the Year endured an injury-plagued high school season. Rendon earned a call-up to the Milk Cup last year with the U.S. U18s, and the high-scoring forward is one of those non-Development Academy players looking to make a lasting impression at a big program this coming fall.

Rendon certainly has the ability to help Duke cope without Andrew Wenger, the No. 1 overall draft pick in the 2012 MLS SuperDraft.

While the talent drain at Akron wasn’t nearly as significant as it was heading into last fall, the addition of a player like Serna gives Caleb Porter one of the best attackers the country has to offer.

He’s come a long way this season for the Rapids U18s, and Dillon is capable of helping Akron reach their lofty heights of two years ago as a freshman. He’ll fight for playing time on both the left side of midfield and in the center.