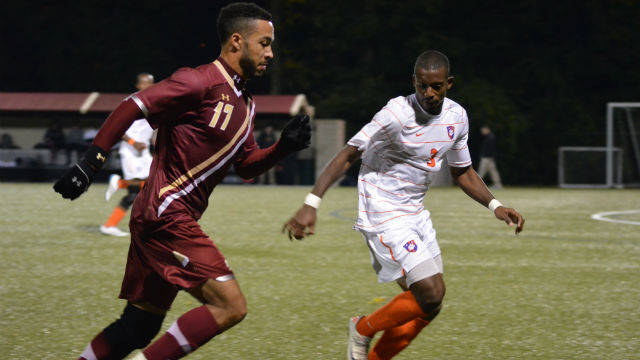 Earlier this week, MLS released the 54-player roster for the Combine, which is an annual event in Florida for clubs to get a hands-on approach with some of the top players available for next month’s draft.

While 54 is a pretty good sample size, there are still some collegiate players that slipped through the cracks of MLS’ scouting network. Here is a breakdown of some of the best that did not make the cut for the Combine’s roster.

He may not have the touch needed to fit in right away in the pros, but few players at the college level worked harder than Riemer. Couple that with the fact he’s already trained with some MLS teams make his absence a little bit puzzling, especially after putting in a pretty good two games at the College Cup. 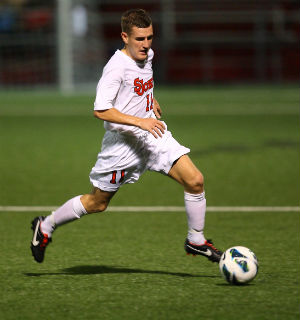 Coming out of Tyler Junior College two seasons ago, Bennett looked like just as big of a catch on the professional level as his classmate and now Sporting Kansas City forward Dom Dwyer. In his first season in the Big East with St. John’s, Bennett led the team to a Big East Tournament Championship. This season has not been as glorious for Bennett though, as he was moved into a position in defense and did little to impress.

Injuries plagued Rugg’s senior season, though he can compete at a high enough level -- when healthy -- that he should at least get a look from scouts and coaches, if not in Florida, when players get called in with MLS clubs in January.

His size isn’t overwhelming for a center back (6-foot, 180 pounds) but if you’re looking for an experienced player and proven winner, Konstanski is a guy that played more than 70 games in college, crowning it all with Sunday’s national championship win. Those intangibles, combined with some decent tools (his overall play improved a great deal over four years), are worth a closer look.

It’s always good to leave no stone unturned in the search for future talent, and the NAIA Player of the Year Okai would certainly make the most of his chance if he were included in the combine list. A compact player, Okai packs a physical presence in his small frame, along with a great deal of technical ability.

There is a surprising lack of defensive midfielders on the combine list right now, as it seems like every year there are more and more players in that position excelling in college soccer. Perhaps what turns scouts off is Barron’s lack of size, but the deep-lying midfielder is strong with both feet and can spray passes all over the field.

A left back with good speed (former track & field star) and size (6-foot-1, 170 pounds) -- need there be more of an argument for the Ivy League product? Brown has sent a small portion size of players on to MLS, and it would be foolish not to try any and all players at the spot coveted at what seems like almost every team in MLS.

With 22 goals and 12 assists to his name, Paul Islas had a pretty memorable senior season that seemed worthy of some examination from MLS, but the DII standout did not receive an invite to the combine. The questions about the level of competition he has faced recently are legitimate, but the swift, skillful forward deserves the right to prove his worth against the best eligible for this year’s draft.

The former U.S. U20 Men’s National Team midfielder did not have the breakout season that he needed to raise eyebrows in MLS about his quality. The two-time All-Pac-12 (second team) member was hindered by injuries in his senior campaign and ended the year with one goal and four assists, but he still was voted All PAC-12, 2nd Team.

Perhaps it is a stretch to say that a player who only started 12 games in his senior campaign deserves a look by MLS, but New Mexico’s Nik Robson is still worthy of some consideration. The 6’1 midfielder was a solid contributor for UCF for three seasons before jumping ship and joining the Lobos. The lack of playing time hurt, but his presence and decent skill is worth of some thought from MLS clubs.