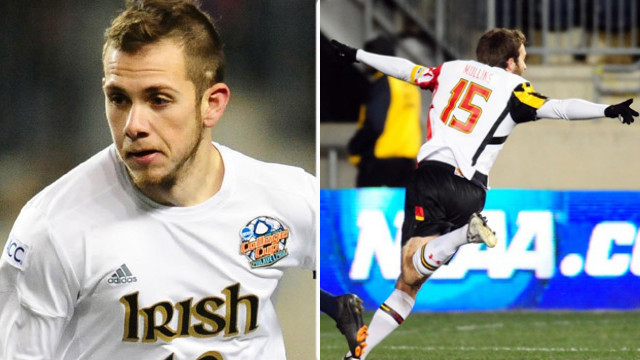 CHESTER, Pa. — Sunday’s all-ACC national title game may not pit the tournament’s top two seeds up against one another, but in the opinion of Maryland head coach Sasho Cirovski, it’s the best pair of programs going for college soccer’s highest honor. 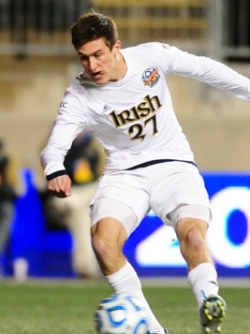 While coaches on both coasts might disagree with Cirovski’s assessment, each side has backed up that notion at least to an extent. Notre Dame has the best record in the country (16-1-6), one of the three Hermann Trophy finalists in Harrison Shipp, an outstanding group of experience seniors like Grant Van De Casteele, Andrew O’Malley and goalkeeper Patrick Wall, along with talented younger players like Patrick Hodan doing heavy lifting in the final third.

Getting to this stage of the season was a massive goal for the Irish after a disappointing end to the 2012 campaign, a loss in the tournament to rivals Indiana.

“We talked coming into the year, we had a great regular season last year,” Shipp said. “We were the No. 1 seed overall coming into the tournament so we checked that off our list of accomplishments and brought the program to that next level. I think this year we kind of had the goal of getting the program to a final four and winning the national championship. I think we’ve assembled the right group of guys – I don’t think we have any weaknesses on the field. I have complete trust in the guys that they’re going to make the plays that need to be made.”

Maryland boasts a strong and experienced senior core as well, led by another Hermann Trophy finalist and last season’s winner Patrick Mullins. The Terps do have a more youthful look in other pockets of the field, with freshmen center backs Chris Odoi-Atsem and Suliaman Dainkeh playing in front of first-year ‘keeper Zackary Steffen.

The conference foes played once this season, a 1-1 draw out in South Bend, that was a pivotal experience for the Terps.

“They took an early lead, and I thought we grew up a lot in that game,” Cirovski said. “We really changed a few things that we do and really clawed our way back into the game. I think it made us better.”

This time around, the stakes will be significantly higher at PPL Park on Sunday. Each team has a chance to write a new chapter in program history as well. The Irish are chasing a first national title in men’s soccer, while the Terps can add a fourth crown to their trophy case – and the first since 2008.

That’s the firm focus for Mullins, who’s won just about every individual honor in college soccer, and would love nothing more to finish his collegiate career with the ultimate team accomplishment.

“We’ve got 27 guys working here for the same common goal for the past year,” he said. “It’s a lot of sweat, blood and tears all the way through. These guys are all my brothers, and making it this far is special. That’s why getting that team accolade that we hope we get on Sunday is going to be extra special because you know you’re with your brothers the whole time and we put the work in to get there.”