The Big Shift in Junior College 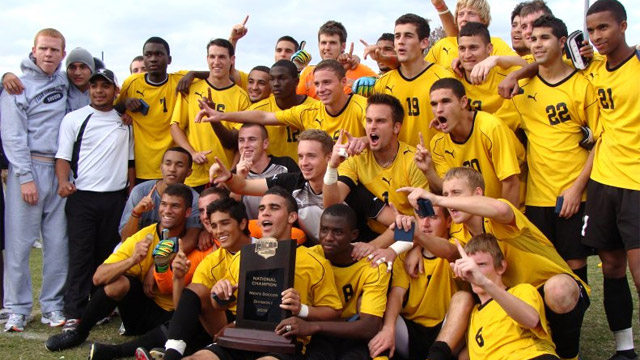 From UC Santa Barbara to South Florida and dozens of teams in between, Tyler Junior College’s list of alums dot across programs all over the country.

The powerhouse junior college program in Texas has been a constant source of talent for many college programs in recent years with 16 players signing Division I scholarships from the Lone Star State school in the last two years.

However, a rule change, which will be going into effect this fall, will be shifting the makeup of junior college athletics. 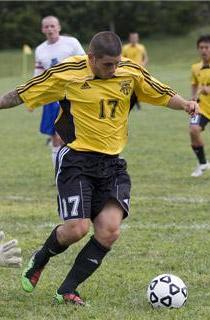 “There will be a limit of four international players [on scholarship] on the roster,” Tyler head coach Steve Clements told TopDrawerSoccer.com. “The league will be more balanced.”

What does this shift mean for Tyler?

Last season, nine of the 26 players on the roster were from the United States. Although, a number of those international players have already moved onto four-year programs including standout midfielder Samuel Hosseini who followed in famous Tyler alum Dom Dwyer’s footsteps and signed with South Florida for 2012.

Tyler is not the only school to have a heavy reliance on international talent. Last season’s NJCAA National Champions Cloud County Community College, which defeated Tyler in penalty kicks in the semifinal, only had six players from the States on a 26 man roster.

College of Charleston snatched up the two co-captains of the team, Luke Huggett (England) and Tam McGowan (Scotland), for its 2012 recruiting class.

“We were looking for a leader, a mature player, and we got them,” College of Charleston head coach Ralph Lundy said on signing day in February.

Lundy’s comments are reflective of the benefit from recruiting through the junior college route, as these players are already experienced.

Yet, junior colleges have been dominated by only a small sample of programs over the years – both in the results and in the recruiting.

“There are select programs in junior college where the talent really piles on,” Clement acknowledged.

The rule change brought on by the NJCAA was an attempt to bring a competitive balance and a better monitoring process of the players entering the league.

While Clement has openly disagreed with the decision to limit international talent in the past, he does not seem too concerned for his program’s future.

The affable head coach with a heavy Texas accent has made plenty of friends over his nearly 20 years as a junior college coach.

“We are fortunate. Most of our players come with referrals.”

Among those players that came with a vote of confidence is incoming freshman McAmos Paye, who has experience with various U.S. youth national teams as well as a very successful run with his Academy, CASL Chelsea FC.

Paye is just one of handful of incoming players who are Division I quality, but taking the junior college route due to one reason or another.

“It is a great return on the investment,” Clements said about how he pitches the junior college route to players. “Junior college is relatively cheap and most of our players will leave with a scholarship. Coming out of high school, it is only the very elite that receive substantial scholarship offers from the best programs.

“Four-year colleges look at the players [from Tyler] as assets because they have two years of experience at a high level and can contribute immediately.”

Clements also talked about how surprised new recruits are by the level of play.

“The top 10 teams in junior college can really play,” he added.

It may just sound like smoke, but the proof is in the pudding. Dwyer, perhaps the most famous recent alumni from Tyler, was a massive success for South Florida in 2011 with 16 goals and two assists in his lone season in Tampa before signing a Generation adidas contract and getting drafted by Sporting Kansas City in the first round of the 2012 MLS SuperDraft.

Fellow Tyler alum Jack Bennett was a big addition for St. John's in 2011. Bennett had one goal and four assists in the Big East Tournament on his way to winning the Most Outstanding Offensive Player award.

Like most recent success stories from Tyler, Bennett and Dwyer are international players. They both came to Texas from England.

Now that the path across the Atlantic is heavily regulated, Clements and other top junior college coaching staffs are looking at domestic talent to bolster the roster.

With the American heavy rosters expected, this fall will be a very different one in junior college. In spite of the shift, the junior college level will still be a stepping-stone for many influential talents in the future.