The next Home Grown signing? 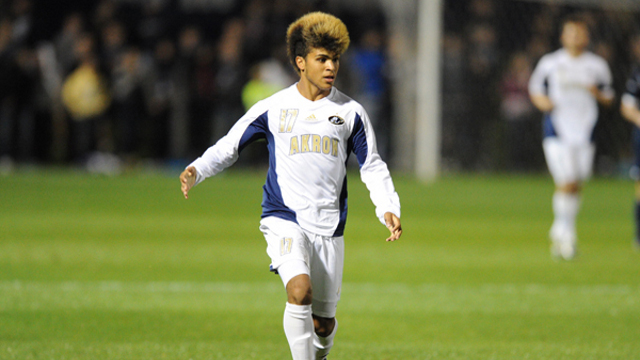 Over the course of the MLS offseason, there is plenty of tinkering by clubs with their rosters in the pursuit of a squad worthy of challenging the Los Angeles Galaxy for the MLS crown.

While players developed through MLS Academies have had some impact, it has not been a major splash. Yet, the signing of Home Grown players is a crucial step for every club prior to the MLS SuperDraft in January in order to address weaknesses on the depth chart.

During the college season, TopDrawerSoccer.com has attempted to track the play of a number of Home Grown targets across the landscape of men’s college soccer. Now in the twilight of the year, here is a rundown of eight players ready and likely to make the jump to the professional ranks this season. 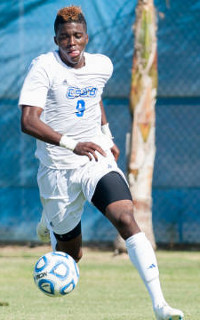 Cal State Bakersfield head coach Simon Tobin has made it clear that Zardes will leave college after this season. The only question that remains is where will the top player in college go next? There is interest from overseas, but Galaxy’s offers up to this point have been competitive financially.

The Sounders have not so quietly been keeping close tabs on the speedy outside back at Akron. Sounders head coach Sigi Schmid even called Yedlin up during the season to talk about his future. The Galaxy exposed Seattle’s lack of speed in the first leg of the MLS Western Conference Final . . . Yedlin offers a solution to that problem.

In many respects (all legal), the Zips have acted like a de facto minor league team for the Crew in recent times, with only a short drive separating the MLS club from the school. Trapp is one of a handful of Crew Soccer Academy players at Akron, and after his best season, he’ll likely be angling for a professional deal.

The senior center back has come a long way during his four year career in College Park, and he’s one of the most MLS-ready prospects in this year’s senior class. While he isn’t quite ready to step in and start right off the bat, Woodberry has the physical tools to eventually make an impact in the first year of his pro career in 2013, and should be a no brainer signing for FCD.

An attacking midfielder for the Zips over the last few years, Caldwell has benefited tremendously from four years under Caleb Porter. He’s not exactly an unknown quality to the Revolution, coming in during summers and training with the club, and he’s a player who is capable of adding something to New England in 2013.

Barson started 93 games over four seasons with the Zips. The Crew product and part time U.S. U20 Men’s National Team player was a key piece of one of the most dominant runs in college soccer recently. He would be a first round selection if available for the draft, so a Home Grown offer is pretty much a guarantee for the center back.

The central midfielder has been a key component in the Hoyas’ best season of all-time, and when you watch the team, Christianson is one of the main reasons why. A central midfielder that sits pretty deep in front of his back line, the left-footer can cover ground, has the size to cope with the physicality of MLS, good touch and passing ability, the Fire should definitely look to snap up the Iowa native come January.

Colorado Rapids head coach Oscar Pareja was given another season to mold this club into his vision following a somewhat lackluster debut. The vote of confidence for Pareja is good news for Serna who is familiar with the coach and fits in well with his style. The Zips coaching staff is expecting seven to eight starters to leave after this season, so Serna’s early departure would fit into that quota.