Thirty-four players called up to U20 WNT 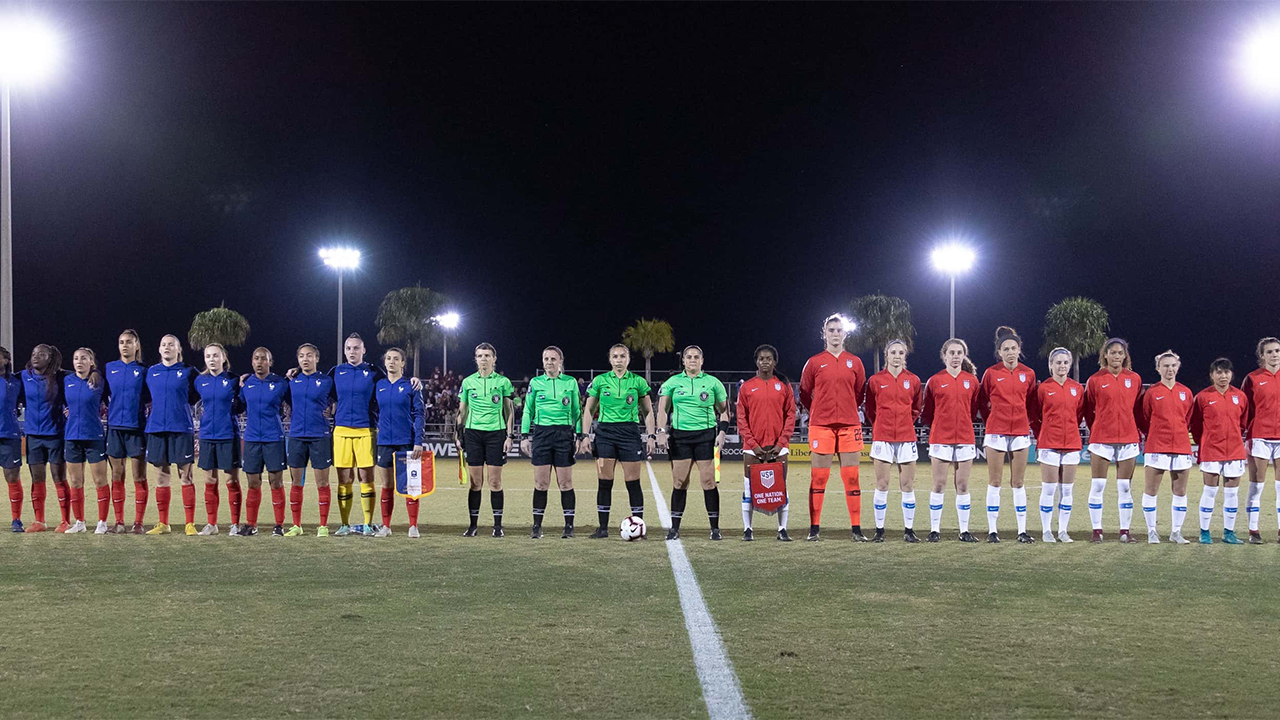 The U.S. Under-20 Women’s National Team will take on Brazil and France at the 2019 Nike International Friendlies.

The matches are serving as preparation for February’s Concacaf Women’s U-20 Championship to be held in the Dominican Republic. Players born on or after Jan. 1, 2000 are age-eligible for that tournament which will send three countries to the 2020 FIFA U-20 Women’s World Cup. Carr, who will coach all four games for the two U.S. squads, has called in 15 players born in 2000, eight born in 2001 and eight born in 2002.

Four players eligible for the U-20 WNT -- defenders Maycee Bell and Naomi Girma, midfielder Brianna Pinto and forward Sophia Smith -- have been called to the senior WNT’s December Identification Camp, to be held in nearby Sarasota and will not participate in the Nike Friendlies.

"Getting games in a tournament against Brazil and France is a great way to end the year and continue to prepare for World Cup qualifying,” Carr said. “With the college season over for all but four schools, we will see the return of a lot our college-aged players from our U-20 pool. It will be a good opportunity to see and evaluate their growth over the last couple of months alongside our younger players with high potential. At the same time, it was great to see four of our U-20 players get invited the U.S. Women's National Team ID camp with Vlatko and his staff and I know that experience will benefit them tremendously as well."

Two players on the roster return from the USA’s 2018 FIFA U-20 Women’s World Cup team in midfielder Alexa Spaanstra and goalkeeper Angelina Anderson, who served as the team’s third ‘keeper in France. Seven players represented the U.S. at the 2018 FIFA U-17 WWC in Uruguay: Anderson, goalkeeper Julia Dohle, defenders Smith Hunter and Natalia Stadue, midfielder Astrid Wheeler and forwards Talia DellaPeruta and Trinity Rodman. Spaanstara, as well as forward Lia Godfrey, were a part of the U.S. squad at the 2016 FIFA U-17 WWC in Jordan.

Twenty-one players just wrapped up their NCAA campaigns, with 13 players finishing their freshman years and eight completing their sophomore seasons. Fourteen play for youth clubs across the U.S., while one player, DellaPeruta, is currently based at Germany’s FC Köln.

"I've enjoyed watching the growth the players with their youth clubs and in the college game,” said Carr. “Working with all of the coaches has been productive and we all have the players’ best interests at heart. It’s been a real pleasure to work alongside the college coaches and listen to their thoughts on the development of their players. For me, the monitoring process has been seamless and we have all worked together very well. With two camps left before qualifying, it’s our job now to select the best roster to help us get to the 2020 FIFA U-20 Women's World Cup."

Twenty-three players have spent at least one season in the U.S. Soccer Development Academy. Godfrey was named East Conference Player of the Year last season, while defender Bria Schrotenboer won the Golden Ball as the postseason’s best player while leading Midwest United FC to the U-18/19 National Championship alongside midfielder Avery Lockwood.

This year marks the third annual Nike International Friendlies for the U-20 WNT. The tournament was launched in 2001 for the Under-17 Men’s National Team before a women’s competition was added in 2017. It will be the second appearance at the tournament for both Brazil (2017) and France (2018). England took home the inaugural tournament title, while France topped the table last year. No champion will be crowned at this year’s tournament.