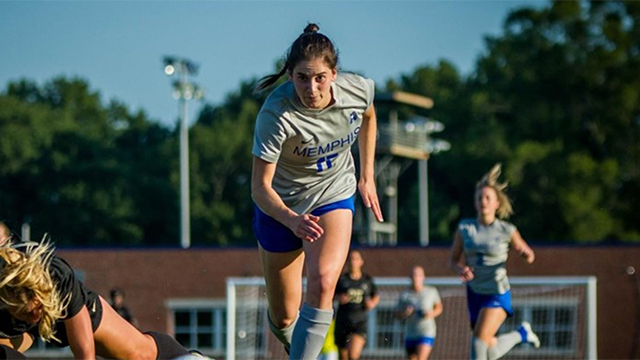 Conference play arrives in the Pac-12 and American Athletic as the women’s Division I season continues.

Check out the top five matches to watch from Friday through Sunday of this weekend (all times listed EST).

Several intriguing matches are on the docket this weekend as Pac-12 play begins. The Buffaloes start off conference action with a tricky trip to Arizona. Midfielder Taylor Kornieck continues to deliver, scoring six goals and adding five assists so far. Her threat from set pieces is always key and is sure to take a lot of focus from the Arizona defense. Brooke Wilson leads the scoring charts for the Wildcats so far, forming a dangerous duo with Jada Tally. It’s an arduous opening schedule for Arizona, which welcomes USC and UCLA next weekend. Getting a winning start here is critical.

Perhaps the best matchup of the weekend, a top two tussle sees the Cardinal head south to battle USC. Stanford’s momentum is building, with Sophia Smith getting healthy and closer to full fitness, offering a talented foil to the imperious Catarina Macario. Before a road trip to Waco last weekend, USC had won all of their games. Sophomore Penelope Hocking is the main goal-scoring threat but Tara McKeown has stepped up in a big way, scoring seven goals and adding six assists. As hosts, USC stand as favorites but Stanford is more than capable of opening their Pac-12 schedule with a win away from home.

The Tigers open up American Athletic Conference play with the most difficult road trip possible. Before this Sunday’s matchup, they’ll have tussled with UCF on Thursday. Both of these two squads are more than capable of competing for a championship in regular season play. And the pair boast go-to goal scorers Clarissa Larisey leading Memphis and Evelyne Viens top of the charts for South Florida. There’s every reason that this could turn into a high-scoring battle in South Florida.

Two teams chasing first place in the SEC duke it out in Columbia, as the Razorbacks make the trip east. Freshman Anna Podojil has enjoyed a strong start to life in college soccer, scoring six goals and adding three assists from her first nine games. That’s provided a much-needed foil to Parker Goins, and that duo is set to be the focus for the Gamecocks. The hosts are anchored by a strong defensive core, including goalkeeper Mikayla Krzeczowski behind defenders Anna Patten and Grace Fisk. A high-scoring game might favor the away side, but if there are goals in this one, South Carolina is going to need a performance from Elexa Bahr to keep pace.

The second of a three-game road swing that will factor significantly into how good the Blue Devils are this season, a trip on Sunday to Charlottesville should provide for a fascinating matchup. On paper, things could be close if Duke sits in, doesn’t offer Virginia any time or space to create. But going forward, there may not be the kind of dynamic attacking options to create trouble for an experienced back line. Ella Stevens, Marykate McGuire and Mackenzie Pluck have combined for 15 goals, and if Duke can get going through one or more of that trio, it could bode well for the road upset. Diana Ordonez has sat out the last three games, and her involvement in the heart of the ACC season could be decisive. Rebecca Jarrett’s pace out wide can still open up space for teammates like Meghan McCool, Alexa Spaanstra and Taryn Torres to cause trouble.