U20 MNT not feeling pressure ahead of WCQ To say that U.S. men’s youth national teams have underperformed the past couple of years is far nearer to the truth than most fans and supporters would probably like to admit.

Between the U20 team of two years ago and last year’s Olympic qualifying failure, the sting of disappointment hovers over the men’s national team youth setup with another tournament starting next week.

However, head coach Tab Ramos doesn’t think the past is going to impact his players as they look ahead to February 18 and the start of the CONCACAF qualifying tournament down in Puebla, Mexico. 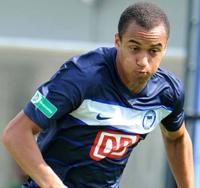 “I don’t feel like we need to carry that responsibility, for our players more than anything else,” Ramos told reporters in a conference call last week. “I want to win every game I coach and I certainly want this team to be successful. I think the team will be prepared to play the best it can play. At the end of the day we’ll see what happens. Certainly we need a good result. We would need this team to do well. But there’s no added responsibility with this particular group.”

The start of the tournament on Monday marks the culmination of almost two years of work for the former U.S. international. Since Ramos took over for Thomas Rongen in 2011, eight camps have been held in various corners of the United States, as Ramos called in an assorted group of players from all ranges of their playing career: from Development Academy players still in high school, to first team professionals with MLS clubs.

In all, Ramos has taken a look at 72 players, and over the last year and a half, before eventually announcing a roster of 18 players for the tournament last week. Since then, Stuttgart forward Jerome Kiesewetter was added to the roster, with another addition expected before next week’s tournament.

Of course, because the upcoming tournament isn’t a FIFA sanctioned date, the availability of some of the top age-eligible professionals, like Liverpool FC’s Marc Pelosi and Hertha Berlin’s John Anthony Brooks, along with injuries to FC Dallas’ Walker Zimmerman and Birmingham City defender Will Packwood has left the team’s center back options a bit on the light side. However Ramos has confidence in his group.

“I feel like our back line is well prepared,” he said. “I don’t think there’s been one camp this year out of the eight camps that we ran where I can tell you we were able to get every player we wanted. I feel comfortable that the players we have here are the best that we could get and the ones we’ve prepared the most. So we feel confident that these guys are going to do a good job.”

The defense holding up in the two group games against Haiti and Costa Rica will be key to a successful qualifying campaign. The two advance out of the group, with the winner of the subsequent quarterfinal securing a trip to Turkey in 2013 for the U20 World Cup. During the preparations of the last year and a half, the U.S. compiled a shaky record of 5-7-1 against international opponents, including a 2-1 victory over Jamaica U20s this week down in Mexico.

Regardless of how things turn out, Ramos thinks that the pressure of being in a knockout tournament will be a good experience for the players involved as they attempt to secure passage to the U20 showcase event.

“I think the value is great not only for our players but for our national team program to have these players in must-win situations, playing in Mexico and in a difficult environment,” he said.  “I think it can only grow as players for what we need them for in the future. That’s the obvious part from us looking from a coaching standpoint and what it brings to U.S. Soccer.

“I think from a player’s standpoint, they find themselves with a lot of new situations. It’s a lot different playing against teams in Central America certainly than it is to play European teams who just focus on the game. When you play Central American teams their gamesmanship is a little bit different. They’re used to a little bit more of wasting time and to try to win the game in any way they can. All the experiences that they get playing the Latin American-style teams, where they’re a little bit slower, where there’s more importance to holding the ball, those are all the things that have a great value for us as a national program and for the players themselves as they move on to the older teams.”